The KiVa Method in the Fight Against Bullying

In an attempt to combat the physical and verbal abuse that children use against each other, the KiVa method has been unveiled internationally. First used in Finland, it focuses on the witnesses of bullying incidents. 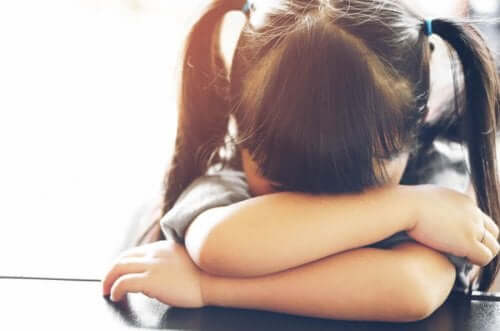 Bullying can manifest itself in many different ways among children right from the moment they start school. The definition of bullying is physical or verbal abuse that one or more children take out on each other. This is where the KiVa method can really help to change things by working on a class or group as a whole.

What is the KiVa method?

The central part of this anti-bullying method focuses on breaking the silence. Witnesses can often protect the aggressors and leave the victim on their own, but KiVa seeks to get the whole group involved. It works on the witnesses, and seeks to help them not to support the aggressors in any way.

The KiVa program was first implemented in 2007, reducing bullying in more than 45% of cases.

We can see a shift in society when we now consider bullying among children as something unnatural. Culturally, the stalker was considered to be the “winner”, the “strong one”, while the victim was always the “weak loser.”

Bullying often became almost an event in the schoolyards: pushing, hitting, and humiliating were common currency. The KiVa method provides detection and reporting tools for all those who witness cases of bullying.

The coordinator of KiVa, Tiina Mäkelä, from the Escalae Institute, in coordination with the Finnish Ministry of Education, explains that “The stalker seeks power through the presence of an audience. So, in order to stop the harassment, we aim to encourage the ‘audience’ not to act positively to that aggression.”

Finland won first place in primary and higher education in recent years, according to the Global Competitiveness Report (GCR).

Year by year, the budget that goes towards investigating quality teaching methods remains high. Good coexistence among students has been one of their priorities in all of this.

These days, Finland can boast that bullying is no longer a problem in its schools. In 90% of educational establishments, especially at initial and primary levels, they have incorporated the KiVa method against bullying successfully.

How the KiVa method works

Classes to work on the emotions

The focus of this program is prevention, and intervention against, harassment. The way they do it is through special classes taught to children of 7, 10, and 13 years of age, which are key ages in child development.

In these classes, children are provided with information on socio-emotional skills and on ethics and values. By working on their emotions, children can begin to distinguish the different moods of their peers.

These exercises don’t intend to create empathy for the perpetrator, who has gone far too over the top, nor for the victim, who isn’t able to defend himself. The idea is to bring the class together – so that they can stand against future aggression together.

Another of the key points of the KiVa method against bullying is the “virtual mailbox.” Children are able to register an anonymous complaint online, and this has really paid off in the Nordic country.

At the same time, the virtual resources are reinforced with video games and recreations of situations of harassment in which the children learn how to differentiate and act. They also have virtual classrooms and talks with teachers and families.

These methods of prevention and early harassment detection include all possible means to give students teachers they can trust, and witnesses who are sensitive to what is happening in the school environment.

When cases of bullying are suspected, a team of specialists intervenes in those involved in the situation. In this sense, support towards the victim is essential.

For all these reasons, the KiVa anti-bullying method is, in essence, a promise of real change at a social level. It’s not utopian to think that educating empathic, sensitive, and supportive children will lead to the creation, in the near future, of loving, respectful, and responsible cultures.

What Should Parents Know About Bullying?
What should parents know about bullying and what steps should they take? In this article we'll provide useful information on this pressing issue. Read more »
Link copied!
Interesting Articles
Childhood psychology
Rituals to Help Your Child Say Goodbye