Ruptured Eardrums in Children: What You Need to Know

Illnesses that can affect the ears are more common in children, for anatomical reasons. Is it serious when children suffer a ruptured eardrum? 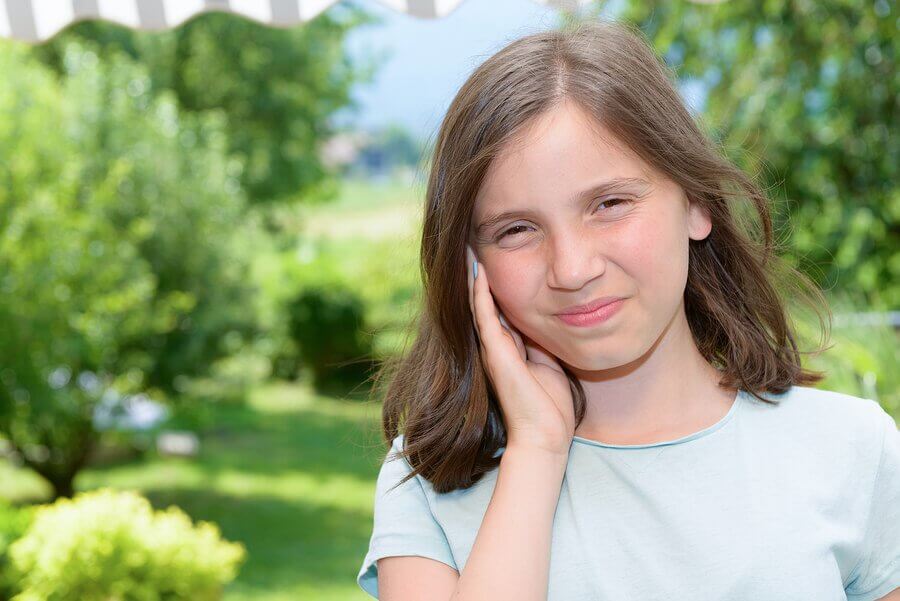 Ear infections are quite common in children. While they usually aren’t serious, they do sometimes produce other issues. Ruptured eardrums are one of these possible problems. Today, we’ll give you all the information you need to know about this condition.

Children’s ears are an especially sensitive area, especially when it comes to infections. It’s very common for issues to arise, since their Eustachian tubes – part of the middle ear – are shorter and straighter than those of adults.

This anatomic detail contributes to the appearance of ear infections. Just the same, infections aren’t the only possible cause of ruptured eardrums. We’ll tell you more below.

Causes of ruptured eardrums in children

There are many issues that can end up causing a tear or a rupture in a child’s eardrum. The most common causes of ruptured eardrums in children are the following:

At the same time, any blow to the ear or accumulation of water inside the ear can lead to a ruptured eardrum.

Symptoms of ruptured eardrums in children

When a ruptured eardrum occurs due to an infection, children will notice a decrease in pain.

This is because, when the eardrum ruptures, the pressure that the infected liquid placed on the membrane reduces. As a result of this occurrence, liquid that contains blood and pus will flow from the ear.

When trauma is to blame, it will cause a sharp pain that may become weaker. Another classic symptom is a constant buzzing in the injured ear.

Dizziness, vertigo and vomiting can also occur as the result of a perforated eardrum. This is no minor detail – it highlights the importance of the ear as the foundation of our sense of balance.

“It’s very common for issues to arise, since their Eustachian tubes – part of the middle ear – are shorter and straighter than those of adults.”

The fact of the matter is, it’s practically impossible to prevent the rupture itself. However, ruptures are reversible.

Ruptured eardrums almost always heal and usually don’t cause long-term damage. This is true as long as the issue that caused the rupture is eliminated.

The healing process can take from just a few weeks up to several months. Good care and regular visits to the doctor can help make this process shorter.

While there’s no guarantee of total effectiveness, the following tips can help to prevent the causes of rupture:

Remember that children are more prone to infections, but they also have a great capacity to recover. Despite the obvious pain and discomfort that having a ruptured eardrum implies, it usually don’t cause permanent damage.

How to Test If Your Baby Hears Well
In order to know if your baby hears well, there are several simple hearing tests you can perform. You can try these out at any age. Discover more. Read more »
Link copied!
Interesting Articles
Illnesses in children
Osteogenesis Imperfecta in Children