Home » Health » When to Take Tonsils Out in Children

When to Take Tonsils Out in Children

Nowadays, surgery to take tonsils out isn't as common as it was a few years ago. There are two reasons why doctors take tonsils out: tonsillitis and sleep apnea. Normally, a specialist will decide whether or not to remove them. 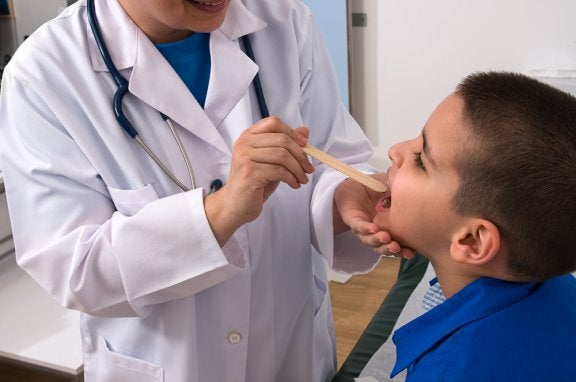 Tonsils are in the throat, and they create antibodies for the respiratory system. Above all, in the first year, they help protect against viruses, bacteria and fungi that may affect babies.

Under what circumstances would doctors want to take children’s tonsils out? In this article, we’ll look at some reasons that many parents wonder about.

Adenoids and the lingual gyrus make up Waldeyer’s tonsillar ring. This area is made up of an area where cells share their defenses. As experts point out, you need to take tonsils out when certain inflammation affects the patient’s health.

When should you take tonsils out?

There are two main reasons to take tonsils out: tonsillitis and sleep apnea. The first one is related to inflammation in the tonsils. In fact, this is one of the most common childhood diseases. The second one, sleep apnea, happens when the airways are blocked while asleep.

In both cases, an otolaryngologist will decide whether or not to remove tonsils through surgery. When children have regular throat infections, many specialists decide to remove them. The question is: how frequent must tonsillitis be to remove children’s tonsils?

For children up to 12 years old, specialists will remove them when there are 6 or more infections per year, for at least 2 consecutive years.

As for sleep apnea, it’s where children have a hard time breathing at night while they’re sleeping. Not only does this cause fatigue during the day after not getting much sleep, but it also increases their risk of major disorders.

Is it possible to avoid surgery?

Nowadays, resorting to surgery is usually patients’ last resort. However, until very recently, it used to be very common to take tonsils out. Doctors removed them at the slightest sign of inflammation.

The difference is that now, the goal is to let children naturally and completely develop their immune system and antibodies. Children under 5 years old with frequent tonsillitis are completely normal. In addition, they’re building immunity that will help them for the rest of their lives.

However, otolaryngologists will determine surgery to be necessary if their patient has respiratory problems, hearing problems, or risk of other bad side effects.

When children have frequent viral or bacterial infections, it’s important to follow your pediatrician’s recommendations step by step. Following the right treatments and not exposing children to new infections is a way to give their immune systems time to prevent new relapses.

For children with sleep apnea, you’ll notice this if they snore. In general, children with lots of mucous can breathe through their mouths while they sleep. However, if they constantly have difficulty breathing and it’s too loud, don’t hesitate to consult your child’s doctor.

What surgery do children need to take tonsils out?

The surgery to take tonsils out is simple and relatively short. However, the recovery period takes about 10-20 days of rest. This resting period is important because hemorrhages could appear even 10 days after the surgery. It’s important to prevent the possible reactions from the surgery.

Surgeons perform this surgery with cryotherapy and lasers. However, adenotonsillectomy is the most common method to take tonsils out in children. Patients must receive the surgery on an empty stomach because they’ll go under general anesthesia.

As for the recovery period, both children and adults need about two hours of recovery at the hospital. Then, they can go home.

In conclusion, taking tonsils out requires the doctor to know the patient’s medical history. The operation is relatively simple, although you need to be careful during recovery. Once the first three or four weeks have passed, kids’ and adults’ lives improve considerably. 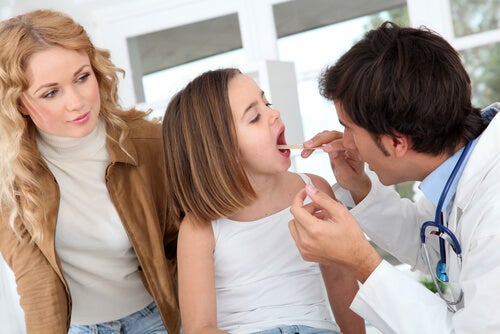 Children and Sore Throats: Winter’s Common Ailment
Sore throats can be the result of an infection in the pharynx caused by a variety of microorganisms. Keep reading to find out more. Read more »
Interesting Articles