What Happens if You Don't Vaccinate Your Kids?

You've probably heard plenty of arguments for and against vaccines. But why did this controversy start in the first place, and what evidence is there to support each position? 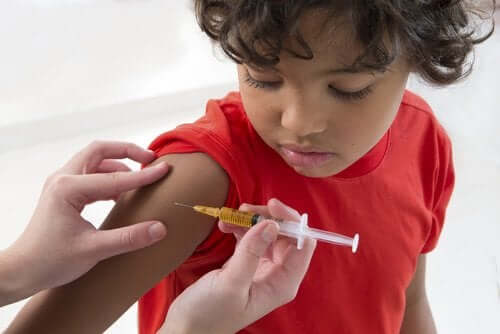 If you’re reading this article, you’ve probably thought about whether or not to vaccinate your kids. This question has become very popular in recent years thanks to concerned parents and differing medical opinions on the subject. In this article, we’ll talk about the origin of this controversy, and the arguments that support each side of the issue.

Where does this controversy come from?

Since vaccines were invented, they’ve saved the lives of countless people, some with rather serious health problems. As a result of their success, historically people place a high level of trust in vaccines.

In recent years, however, that trust has fallen dramatically because some medical professionals have questioned vaccine safety. They’ve created an anti-vaccine movement that grows more every day.

In 1998, Dr. Andrew Wakefield published an article in a well-respected medical journal, The Lancet. In his article. Dr. Wakefield argued that the MMR vaccine (measles, mumps, rubella), caused autism disorder in 12 children. This assertion effectively launched the anti-vaccine movement.

Wakefield, however, lost his medical license a few years later after the British Medical Council discredited his research. They found that his conclusions weren’t based on real data, and they declared him to be a fraud. Nevertheless, the idea that vaccines could be dangerous for children has stuck around.

Arguments for and against vaccines

If you want to have an objective look at this debate, it’s important to understand the following:

Most people who are anti-vaccine believe that organizations such as the UN, UNICEF, the CDC, and pharmaceutical companies encourage vaccination for monetary reasons. They argue that these companies create drug-dependent children and make huge amounts of money doing it.

One of the strongest arguments against vaccines is that some of them contain toxic heavy metals such as mercury to make them cheaper to produce. They say that mercury travels through the bloodstream and because of its fat content, ends up in the brain. That can cause serious illness or disorders in children such as autism and cancer, among others.

Sergio Cordova (researcher and director of the OHANI center) also argues that vaccines aren’t necessary for kids because it’s better to strengthen their immune system using natural methods. He believes that conventional medicine doesn’t take biochemical, electromagnetic, or energetic effects on health into account, and all of those are very important.

Arguments in favor of vaccines

Most children are vaccinated, which is why illnesses such as measles, mumps, and rubella (among others) have been almost completely eradicated in places that practice vaccination. In addition, there isn’t any scientific evidence to support the contrary.

Trying to develop your child’s immune system with exercise, diet, and natural medicine alone can be costly and risky. After all, human nature seems to be more prone to neglecting personal health and getting sick. Consequently, if you don’t vaccinate your kids, you could be putting their lives at risk.

Most doctors, universities, and organizations support vaccines. They also stand by the effectiveness of the vaccine schedule for children.

In conclusion, when the time comes to decide whether or not to vaccinate your kids, it’s important to consider both sides of the issue and talk with your pediatrician about the best course of action.