Why is My Child Failing at School?

When a child is failing at school, we often blame them for not making an effort. But there are many other factors to take into account within the family and society as a whole. 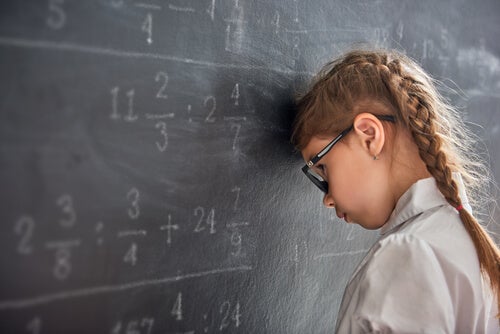 In this article, we’ll take a look at some of the causes and factors that influence failing at school, which refers to not meeting the minimum academic requirements set out by the education system. In many countries, large numbers of children fail to meet these standards.

First of all, it’s worth distinguishing between failing at school and dropping out. Students who drop out may be capable of reaching the required academic standards, but don’t complete mandatory secondary education due to their own decision.

The term “failure” in itself is controversial. It implies that individuals who don’t have formal educational qualifications have failed in their lives as a whole. It also goes along with the idea that it is the student who is to blame.

In fact, teachers, parents, the education system and the State all have a role to play when students are failing at school.

Let’s take a look at some of the most important features of academic failure:

Reasons for failing at school

Other factors that lead to failure at school

In addition to the causes above, there are also other factors that can influence a child’s performance at school.

A first factor to consider is the emotional context. This includes a child’s interpersonal relationships (with family members and peers), as well as their emotional balance and ability to control their feelings and behavior.

Another influence is the emphasis on educational success within the child’s family. Parents need to set an example and provide support to school-age children. They must empathize with their struggles and value their achievements.

Children need to be shown that school is not a waste of time. They will only value education if they can see that it’s the way to a better future.

Another lesson for parents is not to measure how much children have learned only on the basis of their grades. School is much more than tests and exams: it is where we learn to get along with others, socialize, reason and solve problems.

With this in mind, we need to see education as a whole, and not get too caught up in the statistics.

Finally, socio-economic conditions play an undeniable role in children’s performance at school. According to The Spirit Level, an influential study of inequality by the British authors Richard Wilkinson and Kate Pickett, there is a very close relationship between the level of poverty in a community and the educational attainment of its children.

Although some statistics also include students who drop out, there are some figures that give us an insight into how many children are failing at school.

Studies by official bodies in Europe show that Spain and Portugal are the worst offenders, with around 20% of students failing at school, although these figures have fallen dramatically over the last decade.