Home » Parenting » Give the Gift of Reading: The 8 Best Books for Teens

Give the Gift of Reading: The 8 Best Books for Teens

Reading is a key part of a person's education. It is a practice that adults should instill in children from a young age, and this should continue through adolescence. In the following article, we want to suggest some options of books to share with your teens as a key to the fascinating world of literature. 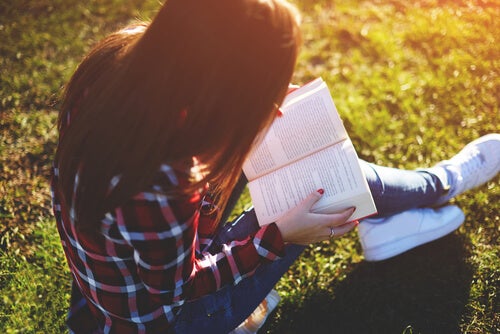 At this age, teens are passionate about what they read and are more critical about a book’s content. Some even begin to write their own works from a young age.

Reading a book is always a good idea. However, in order to choose a good book, it’s important to know something about the book’s argument.

Many books offer something that will make an impact and even change the life of the reader.

There is a great number of excellent books for teens, according to their likes, interests and aspirations.

Below are a few suggestions to give your teen the best books and help them develop a love for reading.

The 8 best books for teens

1. From the Mixed-Up Files of Mrs. Basil E. Frankweiler

This narrative centers mainly around the intriguing case of Claudia. Claudia and her brother decide to leave their home in order to get their parents to appreciate them.

Once they manage to run away, their adventure begins… at the Metropolitan Museum of Art in New York City.

There in the museum they discover a statue that sparks their curiosity. Their fascination with the statue’s origins lead them to the mysterious Mrs. Basil E. Frankweiler, the former owner of this work of art.

2. The Curious Incident of the Dog in the Night-Time

Christopher Boone, a 15-year-old boy with Asperger Syndrome, lives with his father. He doesn’t have a mother, as she passed away.

Christopher is a good student and has excellent skills in mathematics. What’s more, he has an extraordinary memory.

However, he also has serious problems with communication and other particularities. For example, he can’t stand the color brown… or yellow. He becomes furious when others touch him.

After Christopher discovers the body of his neighbor’s dog, beaten to death, a professor encourages him to write about the event. Christopher sets out to find out who killed the dog.

In his Sherlock Holmes style detective work, he discovers a multitude of surprises. The trail leads him to many unexpected things.

3. The 6 Most Important Decisions You’ll Ever Make

This literary piece uses real-life stories of teens around the world to address a series of responsibilities, or decisions.

The book’s protagonists, like most teens, have always lived under their parents’ authority.

However, over time, the teens have learned to make their own decisions. Good or bad, their choices take them on a voyage, and they’re at the helm.

This book provides teens with valuable insights regarding many of the most important decisions they face during adolescence and beyond.

Dune is an ideal choice for teens who love science fiction. The book takes the reader on a journey to another planet, Arrakis.

Arrakis stands out because it’s the universe’s only source of Melange – a spice that increases human capacity to incalculable levels. It’s considered the most important substance in the cosmos.

Entire families are dedicated to collecting melange. However, greed and ambition begin to produce betrayal and treachery among the planet’s inhabitants.

Through a series of events, the novel’s main character is abandoned in the cruel Arrakis desert. There, he must struggle to survive in order to return and seek justice.

5. The truth about the Savolta case

This piece of adolescent literature written by Eduardo Mendoza presents another case to solve.

The plot takes the reader to the great Spanish city of Barcelona at the beginning of the 20th century.

There, a very young lawyer named Javier Miranda finds himself caught up in the power struggles of the elitist business society. Javier quickly learns one thing: Nobody is who they claim to be.

6. Something Wicked This Way Comes

This book takes on characteristics of two different genres: Horror and fantasy. The story takes place in the month of October.

One day, a travelling carnival comes to town and some very strange things start to happen. The nightmarish events that ensue bring the two main characters to learn to combat fear.

7. Kafka and the Travelling Doll

According to the book’s account, a year before the death of author Franz Kafka, he had a very unusual experience.

One day, while strolling through Steglitz Park in Berlin, he came across a young girl. She was crying inconsolably because she had lost her doll.

In an attempt to calm the child down, Kafka, the author of The Metamorphosis, invented a curious tale. He told the little girl that her doll wasn’t actually lost. Rather, she has simply gone on a trip.

The next day, in the role of a mailman, Kafka brought a letter to the park. From that evening on, for the next three weeks, Franz wrote a series of letters and delivered them all to the girl.

In those letters, he narrated the adventures of this peculiar doll as she traveled to the far off corners of the earth.

A scientist named Griffin comes up with the recipe for invisibility after spending years devoted to research and investigation.

He manages to make himself invisible. However, he is unable to reverse the effects of his experiment.

He then begins to cause terror in his town with his strange behaviors and horrific appearance.

Here begin this book’s adventures. Griffin finally encounters Dr. Kemp, his old “friend.” Kemp knows Griffin’s secret and will have to decide whether to help him or not.

“He who reads much and walks much, goes far and knows much”
–Miguel de Cervantes Saavedra–

Kids should start to enjoy reading during childhood. As a child grows and reaches adolescence, this good habit will grow even more and become a lifelong passion.

Choosing the right literature to wake up a teenager’s interests can be a bit of a challenge. It’s important to choose a quality narrative that appeals to young minds.

A book’s educational and formative aspects are also something to keep in mind.

Keep this list on hand the next time you go to the bookstore!