Hansel and Gretel, One of the Greatest Stories of all Time

It's not just a fun story. The tale of Hansel and Gretel teaches many values to even the youngest kids. It's a wonderful story that all children should know. 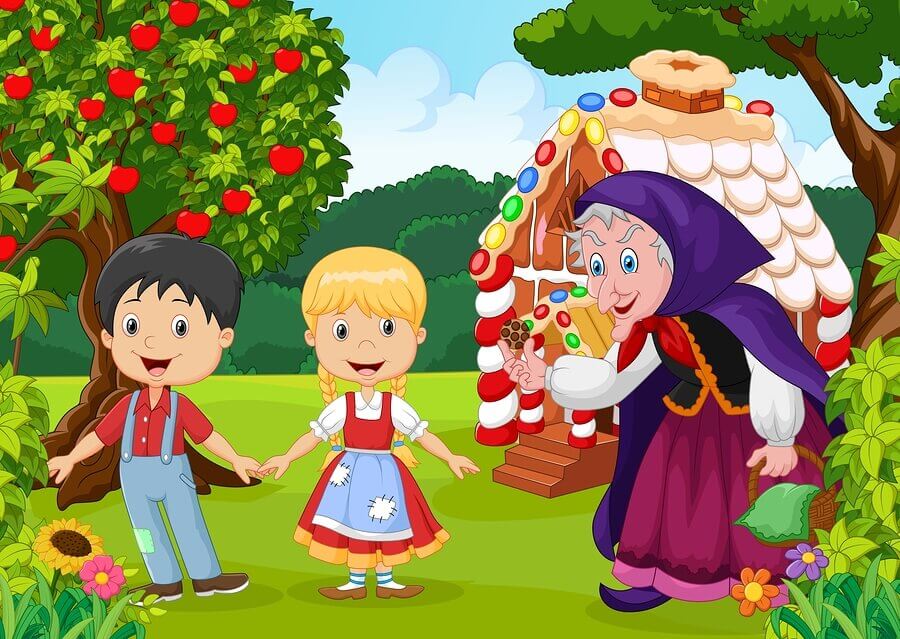 There are stories that stand the test of time. One of the most well-known ones is Hansel and Gretel. It’s a very popular story in children’s literature, especially because of all of the morals it teaches.

Hansel and Gretel is a classic story from Germany that the Brothers Grimm wrote. They were in charge of making a softer and nicer story than the original one that was appropriate for children.

Hansel and Gretel: a brief summary of the story

The story is about a lumberjack in the forest who lived with his wife and two children. They had hard lives because they didn’t have a lot to eat.

One day, Hansel and Gretel decided to leave their home to search for food. When they wanted to go home, they were lost in the middle of the woods.

They walked and walked until they found another clearing where there was a small house made of gingerbread and candy. They were so hungry that they ran towards it and started eating.

Suddenly, an old woman came out and, with a very friendly smile, invited them inside. Hansel and Gretel ate until they were full.

Then, the old woman made their beds and tucked them in. However, this woman was actually an evil witch who clearly had other plans for the children.

The witch wanted the children to work for her. Gretel was responsible for cooking and cleaning, and Hansel would do manual labor. However, since he was very thin and weak, the witch locked him in a cage to fatten him up.

One day, the witch got tired of waiting for Hansel to plump up and decided to take him out. That was when Hansel and Gretel knew that it was time to escape.

Since it was the day they were making bread, the witch ordered Gretel to heat the oven as well. The girl knew that if witches inhaled linden smoke that they would disappear. Therefore, she asked the witch to look to make sure the oven was okay.

When the oven opened, smoke came out and the witch turned into ashes. Before escaping, the children loaded up food for the trip. In addition, they found a chest full of gold and silver!

The children escaped. When they reached the lake, a huge white swan offered to take them across. There, they met up with their father. Everyone was excited to be home and reunited.

Stories are one of the most effective and entertaining ways to teach values to little kids. Both classic and modern stories contain morals. Generally, they teach kids how to deal with real situations that they’ll face sometime in life.

Teachings of Hansel and Gretel: a story like no other

The story of Hansel and Gretel talks mainly about the relationship between siblings. They work together to think of a strategy to save themselves from a bad situation.

These brothers demonstrate to the world and to themselves that together, they could fix the problem they had. That is, it teaches the importance of working together to overcome obstacles.

“Both classic and modern stories contain morals. Generally, they teach kids how to deal with real situations that they’ll face sometime in life.”

Another moral that Hansel and Gretel teaches is that you shouldn’t always judge a book by its cover, because looks can be deceiving. How someone looks doesn’t have anything to do with his or her intelligence or skills. Not everything is as good as it may seem, just like with the witch.

In addition, you should always be grateful for food, home, and above all, family. Loving your family is important for emotional well-being. Likewise, it’s important to have support when there’s a problem or some kind of crisis.

In conclusion, Hansel and Gretel is a story that’s worth including in your children’s stories. Not only is it entertaining, but it also helps kids learn about issues that they’ll surely come across at some point in their lives.

4 Children’s Stories that Teach Tolerance
If you want to teach tolerance to your children, you should start providing the tools they need. Today we'll offer a list of children's books to help. Read more »
Link copied!
Interesting Articles
Parenting
What Is Platonic Co-Parenting?