Sharing can be hard for most young children. Here, we'll show you how to teach kids to share in early childhood education. 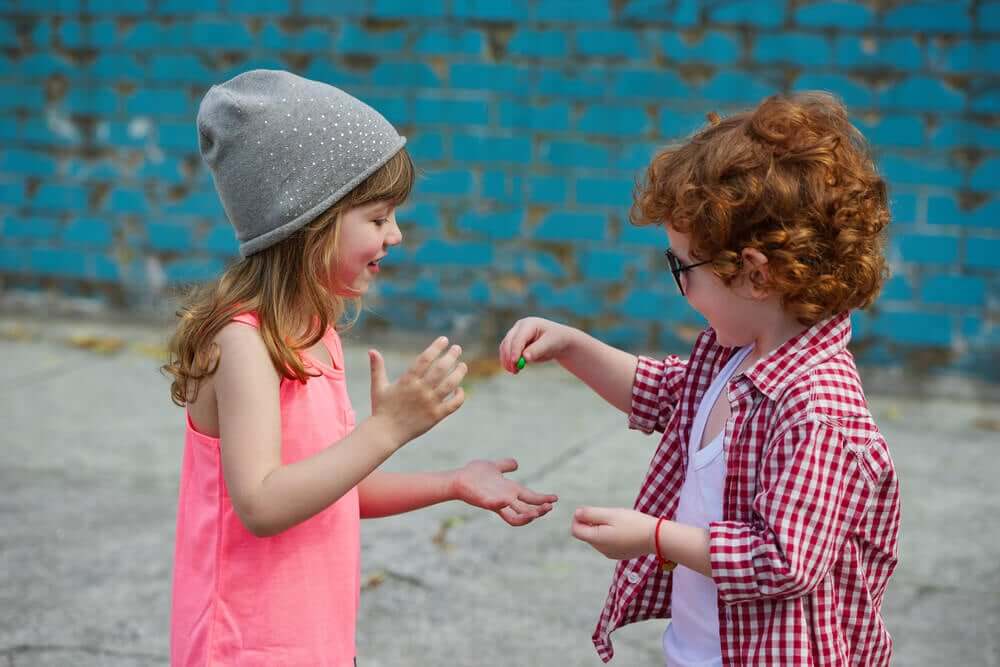 It can be hard to teach kids to share in early childhood education. If you think of a toddler’s bedroom, it’s likely full of toys. But when a friend comes over, he always wants the toy that his friend just chose to play with.

Sometimes, not knowing how to share can cause real problems, and the fun and laughter are replaced by tears and tantrums. This happens in every preschool or kindergarten classroom.

“Young kids are much more interested in knowing what it means to say “mine” than “share.” The term “sharing” is learned as children’s social, emotional and cognitive development increases.”

It’s clear that sharing is a concept that most young children don’t quite understand. For many of them, sharing is about taking things from other people. They can’t conceptualize sharing. If they want something, they just take it.

It’s important to note that you shouldn’t be angry. If you get angry with kids for not sharing, you’re teaching them that they should only share so you don’t yell at them. However, if you want kids to learn to share and what it means, here are some tips:

From the moment kids can hold an object, you can teach them to share by passing the object back and forth. For example, you could say “it’s my turn to have it” or “it’s your turn, you can take it.” Learning to take turns is the first step in sharing.

Practice with your child

You have to practice sharing with your child at home, and make it something fun. For example, you can tell your child that we want to share the sofa to tickle him. On the other hand, you could talk about turns to share an ice cream and alternate taking a bite.

In the stage of early childhood education

Once children start kindergarten, expectations about sharing increase. At age four, kids are able to start understand other points of view.

So, based on this stage of development, it’s easier to teach kids to share. Asking questions to help them understand is a great tool: “How would you feel if your friends hoarded all the toys and didn’t want to give you one?”

Also, being clear about why you want kids to share is important. Some parents often insist that their kids share because they feel guilty if their kid doesn’t share in front of other parents. However, it’s not good to force it without your child understanding why, just so you can look good.

Cooperative games that don’t involve a single winner are great for kids ages three and up. Although competition isn’t bad, it’s not a good idea for preschool children. They’ll learn to share with games where everyone has to participate to achieve something.

It’s possible to make sharing a game by using a stopwatch. For example, the child will have a toy that he has to give it to his friend when the timer goes off. Then, when it goes off again, his friend has give the toy back to him, and so on. They start to learn that giving doesn’t have to be permanent.

Lastly, using descriptive praise when your child shares something is a good idea. Instead of phrases like “you are good”, use phrases with more content. For example, explain how the other person feels when he shares with him. “Did you see how your friend smiled when you shared your toy?” This draws your child’s attention to what he did and details.

The Pros and Cons of Sharing Toys
Sharing toys is a rule in many schools and childcare facilities. But these regulations, designed to improve the learning environment, are often unfair on children. Read more »
Link copied!
Interesting Articles
Understand your child better
Discover 3 Tests to Evaluate Attention

According to neuropsychologists Marcos Ríos Lago and José A. Periáñez Morales, attention is the mental ability to produce and maintain…

Understand your child better
Digital Natives: All You Need to Know About Them