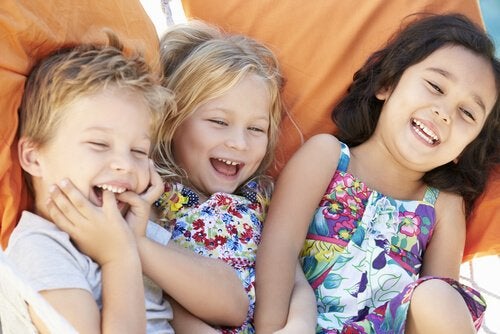 We live in a world where problems related to sexism unfortunately still exist. That’s why it’s extremely important for parents to teach equality to their children from a young age.

Educating children about equality is essential. In the world we live in, there are still many problems such as wage inequality, sexual harassment, misogyny and gender violence.

We’re all aware of how dangerous machismo can be. It hurts both women and men. While machismo belittles women, it also humiliates men for perpetuating a violent role that is erroneously associated with masculinity.

As mothers and fathers, we must help fight against sexism. One of the best ways we can help eradicate sexism is through teaching our children. To educate our children about equality, we must set good examples for them. We must show them that we can change the world if we work together.

Although men and women have physical differences, both sexes have the same rights. Women deserve to be treated with dignity and respect. We deserve to have healthy relationships that are free of toxicity and abuse.

6 quotes to teach equality to children

From the beginning of time, thousands of artists, scientists and thinkers have expressed their ideas on the issue. They consider that teaching equality is the first step to creating a more civilized and responsible society.

“The two sexes are not inferior or superior to one another, they are simply different.”

The quote mentioned above was coined by Spanish physician and researcher Gregorio Maranon. As a critical thinker, he was always aware that a human being, regardless of gender, was neither superior nor inferior to the other. The distinctions between the sexes are only physical, not intellectual nor emotional.

We are all the same, therefore we must have the same rights. This is one of the most important maxims that we need to teach our children.

“A woman without a man is like a fish without a bicycle.”

This quote was coined by the feminist writer and journalist Gloria Steinem. Although her ironic comments have sometimes gotten her into hot water, she has never ceased to be a defender of women’s rights. This funny phrase points out that a woman doesn’t need a man by her side to be happy.

The idea that we are women who have to be rescued by princes is absurd and illogical. Your daughter should know that she can be an independent woman who can accomplish all she wants on her own. If she later decides to have a partner or not, it’s because she wants to, not because she needs to.

Film director Joss Whedon coined this quote. We all know that life would be impossible without gravity. There would be no stability, we would feel insecure and we would always need an anchor to keep us in place.

When it comes to equality, the same thing occurs. Without it, half of the population feels insecure and co-dependent on the other half who enjoys certain privileges. We must fight to eliminate inequality and establish the value of both sexes without distinctions.

“Although our physical differences are evident, both sexes deserve the same rights.”

“Anyone who knows a bit about history knows that progress would be impossible without female figures.”

This well-lauded quote was created by the philosopher Karl Marx. He established a doctrine in which equality was important in all aspects including the feminine sphere. His rebellious ideas changed the perception that the world had about the working class at the beginning of the 20th century.

“Before God we are all equally wise – and equally foolish.”

The great scientist Albert Einstein coined this wise phrase. Before God we are all equal regardless of gender.

Therefore, we are all equally wise and equally foolish. The soul doesn’t understand gender roles and God doesn’t care what others think about us.

“Equality is a vital need for the human soul. The same amount of respect and attention should be provided to every human being.”

No human being is worth more than another. Neither gender, nor race or financial means defines what a person is capable of. Ethics, respect and love should be the bases of our modern human civilization.