At What Age Do Boys and Girls Begin to Mature?

If you're wondering when maturity starts to take place in children, pay attention to this article. 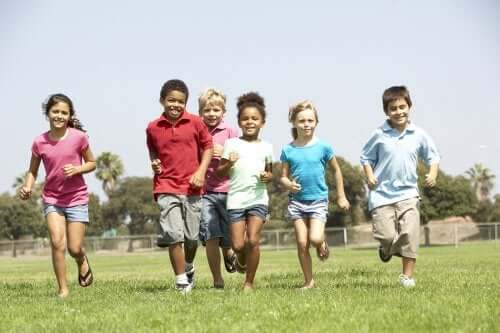 Maturity is a natural process that occurs in all human beings. We know, of course, that the rate at which boys and girls begin to mature is different. However, we frequently notice that girls behave emotionally in a more mature way than boys.

In light of that, in today’s article we’ll talk about the at which boys and girls begin to mature. The information we provide here will be especially useful if you have a son or daughter who is going through this particular stage.

When do boys and girls begin to mature?

Although at first glance it may not be so evident, the delay that boys have in comparison to girls could be up to 10 years. Around the age of 10, girls begin to mature, while this moment may not take place in boys until the age of 20.

This is assured by research that focuses on brain development and the way in which it analyzes and stores information. However, maturation includes other aspects.

When referring to biological maturity (that is, reproductive capacity), then the differences aren’t very big. Girls usually develop biologically between the ages of 11 and 15. In boys, ejaculations appear when they’re between 11 and 12 years old.

At that time, a boy’s testicles begin to grow as well as the hair in his body. His features will be more defined, changes in sweating occur, and even his voice will get deeper.

In the case of girls, breasts begin to grow and their hips widen. Many of them also experience menarche at this stage.

Now, if we focus on emotional maturity, girls progress much faster. This is because there is greater development in their brain’s left lobe, which is responsible for thinking.

Hence, they develop language competency first and emotional skills. These differences end up disappearing over time.

Differences between boys and girls when they begin to mature

Differences in brain development and hormone production affect the degree of maturity that boys and girls reach at this stage. On the one hand, a girl’s brain secretes more serotonin than a boy’s. Moreover, girls are able to pay attention to more than one task without being overexerted.

On the other hand, testosterone production increases in boys and this leads them to be more aggressive than girls. Additionally, they tend to have less discipline than girls do. However, they also tend to have greater mechanical and spatial visualization abilities.

Being very attentive to the changes that occur in this complex stage is an important part of our work as mothers. Thus, it’s crucial to maintain an open and fluid communication with our children. Only then can we answer all their questions and concerns.

Don’t forget that teenagers are experiencing physical, hormonal, and mental changes, which could confuse them a lot. It’s precisely at this stage when they need more care and attention. To turn a blind eye and believe that the problems will resolve themselves is a mistake that can have serious consequences.

If knowing when these changes occur is important, so is knowing how to treat children in such a way that you encourage their maturity. Knowing how to find the midpoint amidst the requirements that you must demand from them is essential for their personal development.

With that in mind, here are some final tips:

Hormonal Changes During Adolescence
Hormonal changes during adolescence alter the path to maturity. During adolescence, teenagers are developing and defining themselves as people. Read more »
Link copied!
Interesting Articles
Raising a child
How to Explain the Water Cycle to Children