How to Explain Blood Groups to Children

Today we want to suggest a fun way to explain blood groups that you can share with your children. That way, your children can understand their importance in transfusions and organ donation. 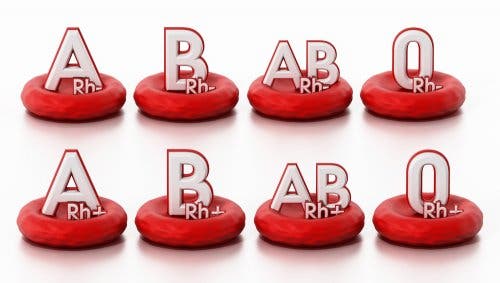 Before talking about how to explain blood groups to children, we need to understand what they are. Blood types are a system for classifying blood depending on certain molecules that are present on the surface of red blood cells. The system is known as ABO and consists of antigens A, B, and 0 (zero). This last group pertains to individuals who don’t have any antigens on the surface of their red blood cells.

Karl Landsteiner, an Austrian scientist, discovered these different blood groups in 1900. His discovery was a major milestone at the time since, prior to this, all blood was believed to be the same. Therefore, doctors couldn’t understand why people died after receiving blood transfusions. In reality, what was occurring was an incompatibility among blood groups and rejection between some of them.

What are blood groups? How to explain them to children

Let’s think of our cells as if they were planets whose surface is full of multiple structures of all different shapes. Some of these structures are proteins, others are sugars, and others are glycoproteins… The combination of all of them is what characterizes our cells and makes them unique. One type of these cells is red blood cells, which travel through our bloodstream together with other molecules and other planets.

We all belong to one of four different cell or “planet” groups, depending on the antigen that’s present on the surface of our erythrocytes: A, B, AB, O. These antigens will be the same as one of our parents or a combination of both since the ABO system is hereditary. Even though we don’t develop them clearly until the age of 2 or 4, they later remain constant.

How do we inherit blood groups?

To explain how to inherit blood groups, it’s best to make a clarification. Our blood is characterized both by the ABO system as well as what’s known as the Rhesus or Rh factor. Rh is a surface protein that’s also present in erythrocytes. People who have this surface protein are Rh positive (+). Likewise, those who don’t have this protein are Rh negative (-). And just like ABO, this characteristic is hereditary.

Now that you understand about red blood cells planets, we’re going to look at how they form. For the creation of a new being to take place, we need a feminine star and a masculine start. And each one of them will express a peculiarity on its surface: A, B, AB, or O. What will the result of their crossing be?:

It seems a little complicated, doesn’t it? We’ll explain. Two group-A parents can have a group-O child, and two AB parents can have one of each. How’s that possible? The response is in our genes. The pair of chromosomes that our parents pass on to us determines our blood group. Let’s look at an example to make things clearer:

Let’s say that the branches on the surface of your mother’s planet are A (this is her phenotype). But in the interior of her cells, her DNA, which is formed by two chromosomes, are not the same, since one is A and the other is O. This is your mother’s genotype. The same happens when it comes to your father, but his genotype is BO. When the two create a new being, our parents transmit only one of their chromosomes: The A or the O, the B or the O.

When an AO planet crosses paths with a BO planet, we can have 4 different results. Keeping in mind that each parent planet provides only one chromosome and that on the surface not all of the branches express themselves, the possible results are:

We’ve already said that our erythrocyte planets are characterized by antigens, which are peculiarities on their surface. What’s interesting is that, at the same time that these are forming, other molecules called antibodies appear, which protect us from possible invasions.

An A-type planet won’t have any issues travelling through blood with B antibodies. If we receive a transfusion with blood from group B, our antibodies will identify it as a threat. They’ll attach it and, as a result, the blood will agglutinate, which could lead to the individual’s death.

Type O groups represent an exception. Since they don’t have any antigens on their surface, they can donate to anyone. However, they possess A and B antibodies, meaning they can only receive blood from someone like them.

We hope this simple analogy helps you explain to your children what blood groups are and how they work. Remember the words of American professor Howard G. Hendricks…

“Teaching that impacts is not head to head, but heart to heart.”

How to Explain DNA to Children
It's not easy to explain DNA to children. However, with a bit of imagination we can turn it into something fun and awaken an interest in science. Read more »
Link copied!
Interesting Articles
Emotional education
Sitting Still Like a Frog: Meditation for Kids