Is Your Child a Late Talker? What You Should Know

What happens when a child takes too long to speak? How can you help? What is there to know? Read on and find out! 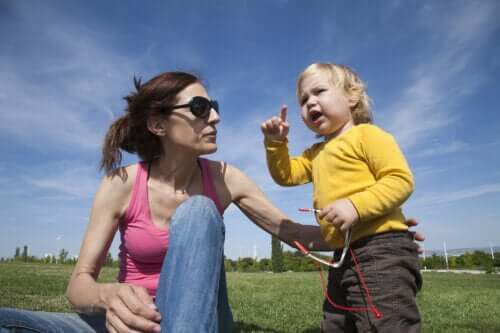 “Mama” or “dada” are the first words that babies usually pronounce. In fact, the first time parents hear these words is a very exciting time. On the other hand, when it seems that a child is a late talker, parents may have some anxiety about it and concern that something is wrong with their little one. How to help a child that’s a late talker?

Parents may recall that their oldest child was much more advanced in language development at the same age, perhaps speaking in two- or three-word sentences by the age of 2 with ease. And, as time goes on, your apprehension can turn into panic.

In most cases, however, there’s no need for alarm. Most children develop language at their own pace and there’s a wide range of normality.

Some children develop language at a faster rate than others. Although, when it seems like they’re really struggling, then it might be time to assess the child’s speech and language skills.

Many children have some type of communication disorder. Boys tend to develop language skills a little later than girls, but in general, boys are usually considered late-talkers when they speak fewer than 10 words between 18 and 20 months, or less than 50 words between 21 and 30 months.

Most experts say that by 12 months, children should speak single words including “mom” and “dad.” They also need to be able to understand and comply with simple requests, such as “give me the toy” or “throw this away.”

The American Academy of Pediatrics lists the following milestones for the first five years:

When there’s a slight delay in language

Although some children seem to lag a bit in the spoken (or expressive) language, their receptive language may be better. This means they may appear to understand a lot of what is being said.

When a toddler doesn’t use many words but seems to understand what you’re saying and can follow directions, there’s less cause for concern.

On the other hand, if a child shows a delay in both expressive and receptive language, the concern in parents becomes noticeable. Receptive language is a useful predictor for differentiating late speakers from those with developmental delays.

If you’re worried that your child is a late talker, you’ll need to consult your pediatrician or seek an evaluation from a speech-language pathologist.

A speech and language pathologist can test, analyze the child’s speech skills, and advise parents on ways to stimulate language development.

When there’s suspicion of a hearing problem, children who speak late may be sent to an audiologist for a hearing test.

An appropriate intervention when a child is a late talker

Proper intervention is essential for children who speak late. These late-talker children can have persistent language-related problems and develop learning disabilities in school.

Oral language is the foundation of all academic areas, including reading, writing and mathematics. The more time that passes before seeking and providing the child help, the weaker the foundation on which future learning will be built.

To support normal speech and language development in your child, don’t miss the following tips:

If you have more questions, talk to your pediatrician to ask about normal speech development in children. They can also provide referrals to speech and language pathologists in case you want to consult one to evaluate your little one.