Is It Possible to Raise Bilingual Children?

It’s possible to raise bilingual children. In this article, we share some guidelines to help you achieve this goal. 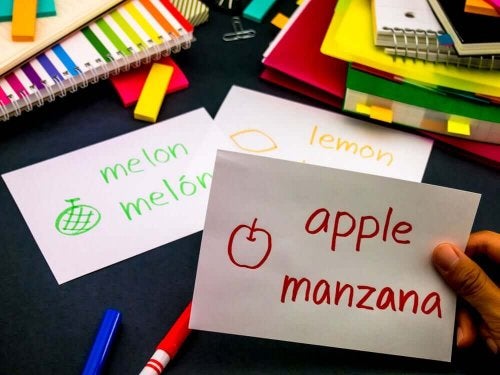 Is it possible and recommended to raise bilingual children? What happens if you aren’t bilingual yourself? Can you create a bilingual environment at home where your children can naturally learn two languages at the same time?

Nowadays, everyone knows that speaking more than one language is advantageous at many levels (cognitive, work, personal, and cultural, among others). Although it can be hard for adults to learn a new language, it isn’t that hard for children to do so.

This is because children have the ability to easily and naturally learn languages they’re exposed to. Thus, a child who’s exposed to and learns two languages during their childhood is considered bilingual.

What does it mean to be bilingual?

According to Merriam-Webster’s Dictionary of English Usage, the word “bilingual” means “using or able to use two languages especially with equal fluency.” Also according to this resource, bilingualism is “the ability to speak two languages.”

Thus, when you learn a language from childhood, you’re a native speaker of that language; it’s considered your mother tongue. If you get enough exposure to another language, you’re considered bilingual.

Being bilingual doesn’t mean that you speak both languages perfectly. One will always prevail over the other, which is why experts speak of first language (L1) and secondary language (L2).

Bilingualism can occur in different situations:

This phenomenon is spreading among families who are increasingly detecting the need for their children to easily learn Spanish. In this case, the family decides to create an environment of artificial bilingualism, in which one of the parents adopts another language that isn’t their own or isn’t used in their immediate environment, so that their children can learn it.

How to raise bilingual children

Decide how you’re going to do it

They don’t need to speak it perfectly, as there are many resources out there to help them. In each case, the most important thing is to be consistent with the decision you make. If the father is the one who speaks Spanish, it’s best for him to always do so to avoid confusing the children.

Also, both parents may decide that they’ll speak Spanish at certain times of the day, such as at bedtime, at dinner, or when you’re playing games. It’s important to establish routines and adapt them as you see fit, according to how much they’re accepted.

Nowadays, you can access many online resources in Spanish: games, books, movies, drawings, or songs, among others. It’s all about trying what your children like and what they accept or don’t accept and make sure you don’t force them into anything. Thus, you should have a positive and relaxed attitude.

You can also see if you have any Spanish speakers nearby or search for Spanish activities. Above all, we recommend making your children see the need to speak the new language, so they’ll be able to communicate better when they travel to a country where it’s spoken or if they have a friend or babysitter who speaks it.

Languages are communication tools, and it’s very important for children to understand this.

The sooner, the better

If you decide to raise bilingual children, it’s important to understand that the sooner you start, the better. This doesn’t mean that it’ll be impossible if you didn’t start when they were little.

It’ll never be impossible but it’ll be increasingly difficult, as their brain is already structured with their mother tongue. Also, it’s true that older children may be reluctant to learning another language.

It’s very important for parents to be very clear about the decision they made and act accordingly. There will be moments of doubt, difficulties, and obstacles along the way, but you must be firm and think about all the advantages your children will have in the future.

You must remember this important fact. You don’t have to speak a language perfectly. There’s no magic recipe. Each family does the best they can with the resources they have at their disposal.

Thus, parents should strive to expose their children to the second language as much as possible and offer them opportunities to use it.

Rejection of the new language

It’s very common for some children to reject the new language, especially older ones. However, don’t let this discourage you. It’s important to be creative, very positive, and create the need for the new language. Children should see that it allows them to communicate and you should present it to them as something attractive and fun.

And, finally, don’t forget that to raise bilingual children…

It’s much easier to learn a language naturally, just as you learned your mother tongue. We’re sure your children will thank you in the future!