Is Project-based Teaching the Latest Fad?

Project-based teaching, far from being a fad, is a teaching methodology that goes back to the first half of the last century. Discover more in the following article. 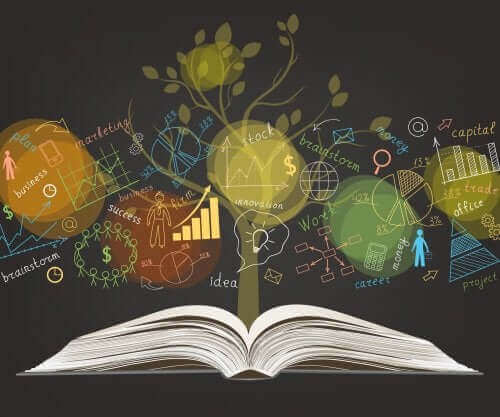 In project-based learning, it’s the child who’s responsible for his or her own learning and the teacher becomes the facilitator during that process. In other words, this teaching methodology reverses traditional roles.

The teacher is no longer a mere speaker and the student an observer during the class. Both must still interact, but now it’s the student who presents the ideas and the teacher who must listen to them and put them in order.

Project-based teaching as a need for change

However, this new situation causes the teacher to step out of his or her comfort zone. And the first doubts arise: “Will it take me longer to prepare?”, “Will we be able to get through all the necessary content?”, “How do I evaluate the student’s learning?”

Perhaps all of these questions are what hold many educators back when it comes to the implementation of project-based teaching.

Although one thing seems to be clear: In conventional teaching, students who don’t adapt to it end up outside the system. That’s because attention to diversity is more difficult under this system. And those who manage to get through the different stages lose what makes children unique: The ability to imagine and ask questions.


British educator and writer Ken Robin began an experiment with a group of small children. His research involves 1,500 children to whom he gave a test to evaluate their “divergent thinking.” Divergent thinking is our ability to see multiple answers to a single question.

Ninety-eight percent of them were geniuses at divergent thinking. Five years later, only 50% were still geniuses. And, a decade later, the percentage had halved. He shared the conclusions of his study in the book Breaking Point and Beyond.

With this, we’re not saying that the classic methodology of education is a mistake. Rather, perhaps it doesn’t adapt to the new challenges that children pose to us today. Teachers must compete with cell phones, the internet, social media, video games … And maybe, just maybe, a methodology in which they’re the protagonists of their “learning game” is the solution to new educational needs.

Is project-based teaching a modern invention?

But, as we’ve already mentioned, project-based learning is not, by any means, a 21st-century invention. Educators and psychologists as renowned as Maria Montessori who, thanks to her experiences with students at risk of social exclusion, always opted for a child-directed constructivist education in which children would feel free to develop their abilities in a creative environment.

“No one can be free unless he is independent. Therefore, the first active manifestations of the child’s individual liberty must be so guided that through this activity he may arrive at independence.”

Therefore, in the face of alarming rates of school failure and dropouts in the last years of the compulsory stage, the educational community has had to take action, even though the solution is almost a century old.


After all, children are still children, no matter what times we live in. It’s true that this adaptation to collaborative teaching has its detractors, but time and good results will probably convince them.

Read also: Help Students Choose a Career Path Based on Their Strengths

A ray of hope

Learning Communities already provide proof of this. These are schools that have bet on transforming their institutions into educational coops where the entire educational community is involved in children’s education and where students are responsible for their own learning.

Not only have they successfully combated truancy and diversity in the classroom, but through respect and tolerance and certain successful actions, students, their families, and teachers feel that they’re giving meaning to children’s education.

“Tell me and I forget. Teach me and I remember. Involve me and I learn.”