The issues of uniforms has been the center of debate for decades. Some parents claim that uniforms deprive children of their freedom to choose and express themselves. However, others support the idea of school uniforms because they encourage responsibility and a sense of belonging. 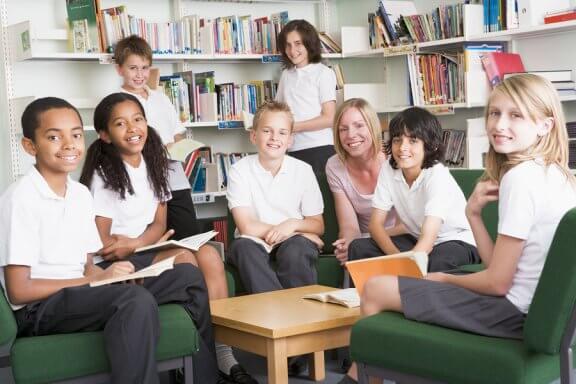 Some academic institutions impose regulations requiring that all students must dress alike. They do so, in part, to encourage customs and a sense of belonging. But it’s also true that school uniforms have their supporters as well as their critics.

In today’s article, we’ll make a brief analysis of this controversial issue.

School uniforms: Yes or no?

One of the many topics that causes debate among parents and the educational community is that of school uniforms. On the one hand, some institutions claim that uniforms have many advantages. They offer students a sense of belonging. Uniformity also helps prevent distractions and comparisons caused by differences.

At the same time, they point out that it’s “one less issue” that parents have to deal with. In others words, it makes shopping at the beginning of the school year much less complicated. What’s more, children don’t wear out the rest of their clothes at school!

Yet there are also those that claim this “equality” has its downside, and justly so. They believe uniforms rob students of their freedom and individuality, and during a time when they’re forming their personalities.

We could even go so far to say that this way of dress can cause students to have problems with youth from other schools. This is true whether that school imposes uniforms or allows children the freedom to dress as they please.

At the same time, we can’t fail to mention the theory that affirms that uniforms are old-fashioned and should stay in the past. In most cases, girls wear skirts and boys wear pants, which is quite outdated and sexist.

Being homogeneous at school

Uniforms have several objectives, and it’s up to parents to accept them or not. The rules indicate that, in order for children to attend certain schools, they must wear specific clothing.

However, the debate arises in all educational spheres. Many believe that uniforms are something of the past, when going to school was like joining the military. Today, all that has changed.

The theory about school uniforms generating homogeneity is relative. Students only dress the same as their classmates at the same school. What’s more, the differences between one institution and the next can be cause for conflict, comparison and discrimination.

Before sending our children to a school that imposes uniforms, we must first ask ourselves if it’s really what we want for them. The issue isn’t about the clothes themselves, but rather their meaning: commitment, tidiness, order, formality, etc.

Uniforms can make it easier when it comes to school shopping. Parents just need to buy a few sets for the entire year. In fact, they may also end up saving money, since a few outfits can last the entire school year.

At the same time, many say that uniforms tend to make children more responsible and well-behaved at school.

The relative importance of school uniforms

What’s true is that an individual’s personality doesn’t depend solely on wearing a uniform or not. No matter what a child’s age, their personality will have much more to do with the teachings and values they receive at school and, of course, at home.

We can teach our children that school uniforms are synonymous with obedience. But if we let them do whatever they want at home, then then it’s not about the clothing, but about the rules.

At the same time, we can explain that wearing uniforms helps to avoid differences and comparisons among classmate. However, if we make negative comments about other schools, then we’re giving our kids a contradictory message.

“If we believe that school uniforms don’t allow students to think freely, then we should also ask ourselves how much fashion and clothing determine our actions and opinions.”

In conclusion, uniforms are simply the clothing that children use in a determined context and time frame.

Any decision we make will have its pros and cons, and aren’t the only factor we should consider when choosing a school.

It’s important to choose an academic institution based on our own principles and values. And, of course, we need to take into account the level of academics that we want our children to encounter.

The Advantages and Disadvantages of School Uniforms
Before deciding on a school for our children, parents should consider the advantages and disadvantages of using school uniforms. What side are you on? Read more »
Link copied!
Interesting Articles
Parenting
How First-Time Parents Should Care for Their Social Life