When You Talk, You Awaken Your Child's Brain 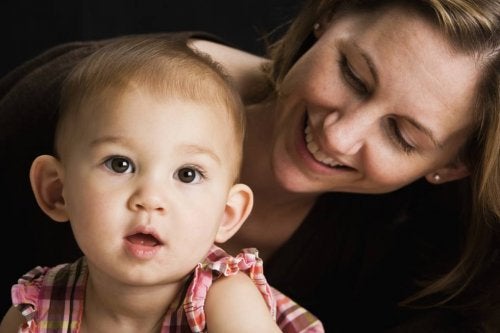 When your child hears your voice, you actually awaken your child’s brain. The regions of their brain involved with emotional, social, and face-recognition reactions, as well as those that discriminate what information is relevant, are activated.

This reaction only occurs with their mother’s voice, not with that of other women, as a new study found, which was recently published by Harvard University in the proceedings of the National Academy of Sciences.

“Part of our social awareness of language and of emotional processes is acquired through the simple experience of listening to our mother,” says the main author of the study, Daniel Abrams, in a statement published by the university and posted by media sources all over the world.

The study’s findings surprised scientists who already knew that when a mother talks to her baby, the baby calms down. However, they did not know that a mother’s voice would awaken your child’s brain in so many areas this quickly and effectively.

Abrams explains that some scientific studies had already revealed that babies prefer their mother’s voice to any other, but so far no one has specified the reasons for this phenomenon. “No one had stopped to observe the brain circuits that carry out these processes,” adds the scientist.

Your Child’s Brain Is Activated By Your Voice

The research consisted of studying the brain scans of several children as they listened to their mother’s voice, and also to that of a stranger. The total sample included 24 children between the ages of 7 and 12 years old, who had lived with their mothers for their entire lives.

In addition, they all had an IQ of at least 80 and none suffered from any developmental or similar disorders, as explained in the text published in various locations.

After having parents fill out a brief questionnaire about their children’s communicative skills, the mother of each child was recorded saying three meaningless words on a tape. “Because of the ages of the children, it seemed wiser to use invented words, so that they wouldn’t be familiar with them,” the authors added.

In addition, two women participated in the study, who were unknown by all of the children, and were also asked to record three meaningless words. Eventually the children heard both recordings.

The results indicated that the children were able to recognize their mother’s voice in 97% of the cases, even if they only listened for one second. “And the children’s brains reacted more and better to the sound of their mother than to that of the stranger,” the authors explained.

Your Child Can Recognize Your Voice Before They Are Even Born

The study’s findings complement that of another group of scientists who studied the reaction that premature babies have when listening to their mother’s voice in 2014. In this study, the researchers found that when a mother speaks to her baby before they are born, their child eats better and calms down when subjected to a stressful situation.

Listening to a mother’s voice lowers cortisol levels and increases oxytocin, which is the bonding hormone.

That bond between a child and mother is formed within the womb, where the baby can already hear sounds and vibrations from their mother. When the baby is born, they can perfectly recognize their mother’s voice and prefer hers to anyone else’s in the world.

At that time, the scientists concluded that: “The mother’s voice activates the anterior prefrontal cortex and the posterior left temporal region more intensely than an unknown voice, which prepares the baby for the specialized task of speech processing.”

Abrams explains that although it was already known that listening to their mother’s voice provides emotional wellbeing to children, what they have discovered now is that the biological cycle behind this bond contributes to better social and communicative skills.

The results of the study indicate that when you speak to your child, many areas and systems of their brain are activated. This  sets the stage for studies into the effect of mothers’ voices on children with disabilities.