Breaking away from stereotypes: Your sons are affectionate and caring too 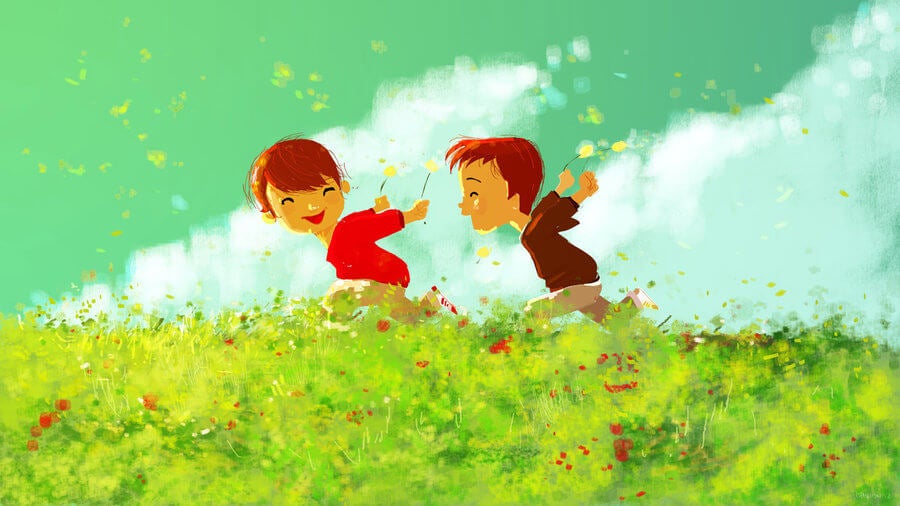 Even today, we must admit that our society still tends to accept that rigid scheme which dictates that boys should be strong, stoic and brave. At the same time, girls should be servicial, sensitive and pretty. This gender dichotomy determines, almost forcefully, not only a fixed image; it also imposes a way of relating to one’s surroundings.

The boys of yesterday, who are now men, have a hard time talking about their emotions. It’s often hard for them to express their feelings or be openly empathetic when certain situations call for it.

Despite that, there is something we need to understand clearly from the beginning. The masculine gender is not exempt of its own emotional depth. Boys and men have their own language of love. And they too can be and are capable of transmitting affection…

However, we should promote these abilities in our sons from the time they are young. Without a doubt, this will allow them to live a richer emotional life.

It’s important that we teach our boys that they shouldn’t be afraid to show their emotions. We should guide them to be artisans of healthy relationships today and in the future. Raising children with emotional intelligence is to educate our children wisely. This is something that every child deserves.

Testosterone in the male’s brain and mirror neurons

Early on inside the mother’s uterus, male fetuses begin to experience an intense but gradual increase in testosterone. The testosterone levels drop drastically after the baby is born and remain low until puberty. Neurologists have demonstrated that this hormone determines the way in which some small areas of the brain are distributed and connected.

Among other things, this makes boys sometimes process information in a different way. It also explains why boys are sometimes more impulsive than girls, or display more competitive behavior. However, let’s not forget that the feminine brain has a small amount of “testosterone” present as well. Of course, the quantity is much smaller.

Does that mean that testosterone makes boys more aggressive and less affectionate?

Mirror neurons have an essential function in our cognitive abilities. They help us connect with others. They allow us to put ourselves in their place, imitate them, understand them and connect emotionally with them.

Boys are just as capable of empathy and of connecting with others as girls are. However, if at a young age we begin to suppress their emotions, then they’ll more than likely regress emotionally. At the same time, they will seem distant. This is not the correct way to educate your son.

The importance of educating your son with emotional intelligence.

Your sons also know how to give hugs. They worry about their moms. They get scared if they see you cry. Your boys laugh when daddy is happy. Sons look for the opportunities to be close to their fathers, for affection, for care and for fun.

There is nothing wrong with that. On the contrary, seeing your little ones feel free to show their emotions in a positive way is wonderful. It’s beautiful to see your sons looking for warmth in others and also knowing how to transmit it authentically.

Therefore, remember every day the importance of educating your sons with emotional intelligence. Never fall into the classic error of saying things like “boys don’t cry” or pressuring your sons to be stoic and repress their emotions. If you do, you will be sending incompetent and immature men into the world who are tremendously unhappy.

Educate with love and allow both your sons and your daughters to be capable of showing affection and emotion.