Do Age Differences Matter in Relationships?

Is it true that age differences matter in relationships? Discover the answer to this question in this article. Read on to learn more. 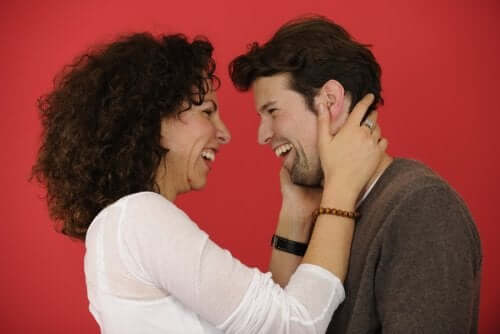 Although we’ve probably all said at one time that love is blind, reality tends to be a bit different. When we talk about love, not only the partners who comprise a couple matter. Every culture has certain rules that affect all elements of our lives, including relationships. Certain aspects are taboo or frowned upon by society. In this regard, one of them is definitely age differences in relationships.

Although some consider age to be a social construct, couples with big age differences often have to deal with certain common issues. However, this doesn’t always affect men and women equally.

People generally consider relationships in which the man is much older than the woman to be more normal. But this isn’t necessarily true across the board, as each individual and couple is different. Keep reading to find out more.

What factors make a relationship work?

Physique and first impressions are important, but definitely not enough to make a relationship work. It’s more important for the couple to have common interests or passions, as it’ll help them build a solid foundation for their relationship. Thus, it’s easier for two people who are in the same age group to have shared hobbies.

In addition to hobbies, there are other important factors for a successful relationship. For example, couples who enjoy a good economic status over the years are more likely to stay together. The same applies to those who have children together or who dated for a long time. Of course, age difference is another factor to consider.

But there’s a disagreement regarding this factor, even among different studies. According to a survey by an insurance portal, the perfect age difference in a couple is four years and four months.

According to another study by American scientists, an age difference of five years is more likely to lead to divorce.

Age differences in relationships for men and women

There’s also a difference in how men and women perceive age differences in relationships. Generally, women prefer men who are approximately their same age. However, men of all ages prefer women between the ages of 20 and 30.

Being with someone younger can help them escape from that sometimes imposed and unwanted burden. On the other hand, women who want to become mothers may choose older partners because they can offer them emotional and financial stability.

What does science say about age differences in relationships?

A study published in the Journal of Population Economics has shown that people with younger spouses are happier in their marriages. However, in cases where the age difference is big, this initial satisfaction dwindles down over time.

Scientists suggest that couples with age differences tend to experience reduced marital satisfaction. However, this satisfaction doesn’t suffer large variations in marriages where both partners are of the same age.

In addition, it’s been shown that marriages with big age differences are less resistant to economic problems. This is because when there isn’t a big age difference, spouses are more synchronized and make better decisions as a couple.

However, people of different generations may have different response mechanisms to difficult situations. This can cause tension and imbalances in a relationship.

On the other hand, a study conducted in men over age 50 shed more encouraging results. This study showed that men who are married to significantly younger women have a longer life expectancy.

However, this isn’t the case in women. This may be because women are more independent, which is why they don’t benefit as much as men do from the energy of a younger partner.

There are reasons both for and against couples with big age differences. Every relationship is unique, meaning that social rules don’t apply the same way to each of them. Many factors influence relationships, and you can always strive to overcome adversity.

People think, act and feel differently, so it's hard to tell whether a couple will last. However, you can't force…

Relationships
Are Couples Having Less Sex?

People believe that couples are having increasingly less sex. In addition, they believe that living together, or coexistence, kills passion and desire. However, intercourse frequency in a stable relationship can…

Many couples think that both parties share the burden of domestic and family tasks equally in their homes. However, the…

Relationships
My Partner Travels a Lot for Work!

To keep your relationship strong, both partners need to invest a good amount of time in each other. However, there…

The passing of time, the daily grind, and having children... It all seems to threaten the bond that used to…

Suffering from jealousy is very common, it's a negative emotional response. This happens when you believe your partner isn't giving…