What Is a Prenuptial Agreement and How Does It Affect Your Children?

The so-called prenuptial agreement is used to regulate the future life of a married couple, especially regarding finances. 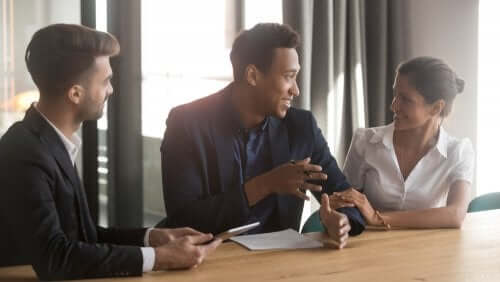 The most frequent prenuptial agreement is the one that establishes a separation of assets. The laws commonly in place in most developed countries means that you often don’t need any sort of prior agreement.

So, what exactly is a prenuptial agreement? How does it affect the children? Here is some important information regarding the topic.

Why do couples make a prenuptial agreement?

When a couple is about to get married, it’s not very romantic to start thinking about what will happen in the case of a divorce. However, starting life together by making clear financial arrangements is actually a very healthy and positive step for future spouses.

In practice, and taking into account the high percentage of divorces that currently exist, more and more couples are using prenuptial agreements. It makes things clear right from the start, and makes things a lot easier in the worst-case scenario.

In the case of getting married for the second (or third) time, a prenuptial agreement is even more necessary. In effect, it will protect the rights of the children and grandchildren from previous marriages.

It’s also very useful for self-employed people and businessmen, as this document will protect your business. It will ensure that your spouse won’t have control over it in the event of a divorce.

In short, the prenuptial agreement makes everything clear in the case of a possible divorce, both financially and also regarding children. This document can, in effect, also regulate (although less frequently) the measures that will govern the parents’ relationships with their children.

Many European and other developed countries have different types of matrimonial rights in financial matters.

One is the default agreement, where no prenuptial agreement has been signed. In this type of agreement, the spouses decide to share all their assets.

The property separation agreement requires the signing of a prenuptial agreement. However, the spouses can also decide on one after getting married. With this agreement, the spouses decide to administer their assets separately. They also decide to contribute, according to their income, to day-to-day living expenses.

Finally, in some countries there is an agreement known as the participation agreement, or regime. This is the least frequent, and also requires the signing of a prenuptial agreement or some other form of explicit agreement which will be in force while the couple is still married.

In this agreement, each spouse partakes in the profits obtained by their partner as long as the marriage is in force. The participation agreement only operates when there are benefits, and not losses.

In order for the marriage to be subject to either of the last two agreements, that is, when the spouses want to establish any agreement other than the default one, they must do so explicitly. To do this, they have to sign in the presence of a notary and thus formalize the agreement.

Prenuptial agreements can also regulate other types of financial measures between spouses. For example, they can decide compensation for one of the spouses in case of divorce. You can also define what each spouse will receive.

The objective is to decide what will happen to the spouses’ assets in the case of a divorce. The advantage of doing this with a prenuptial agreement is that, at that time, the relationship will be going well. The idea is to make decisions objectively and in good faith when there are no problems in the relationship.

The measures that will govern the relationship between parents and children in the case of a divorce can also be established in a prenuptial agreement, although this situation is unusual. For example, the couple can decide upon custody, visitation, and food allowance.

However, the courts will review these agreements should the divorce actually occur. Because they are procedural public order measures that affect minors, the Family Court can modify them to protect the interests of the children. The judge will thus either confirm or invalidate those agreements.

It's very likely that at some point in your life you'll need legal advice on family matters. So, choosing the…