Fun Ways to Assign Roles Before You Start Playing

Want to discover some fun ways to assign roles before you start playing? Read today's article and take note! 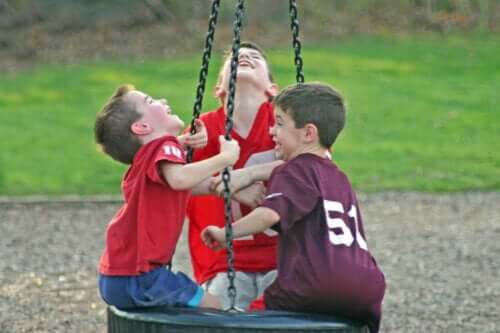 Here are some fun ways to assign roles in children’s games, sports or activities. In many cases, before starting to play certain games, you have to decide who’s going to play a particular position or how the groups are going to be formed.

For example, in hide and seek, you have to choose who’s “it” or the person in charge of looking for everyone else; and to play a basketball game you have to create two teams. To make these decisions as fair as possible, it’s best to choose at random.

Fun formulas for raffling before starting to play

Drawing straws is a classic technique when it comes to assigning roles. In this case, you’ll need to have as many straws as players want to participate in the game.

The straws can vary in length, but one of them must be shorter than all the rest. Also, you must be able to hide one end of the straws within a closed fist in such a way that all of them appear to be equal in size. You may have to do some cutting.

Next, one of the participants must be in charge of hiding the set of straws in his or her hand. Then, the rest must take turns picking up one of the straws. In this sense, the last straw belongs to whoever was holding them (if that individual is going to play). And, whoever picked the shortest straw will play whichever role was being assigned.

As an alternative, if you don’t have straws, you can also use chopsticks, matches, sticks, or any other small object.

The players stand next to one another and form a circle. After that, one of the participants puts one of their hands in the center and the rest, one by one, put their hands on top of one another to create a tower of hands.

Then everyone says out loud, “1, 2, 3… hand tower!” While counting to three, the players who have their hand on the bottom must place it on top of the tower. And, when the group shouts “tower undone,” they must remove their hands at the same time and put them in the air.

Each player decides whether to raise their hand with the palm facing in or out of the circle. So, whoever is left with the hand facing the opposite way as the rest of the groups is the person who takes on a specific role in the game. If all participants have their palms facing the same way, they repeat the activity.

Another way to assign roles is for the players to stand in a circle and put one foot in the center. The tips of all of the players’ feet should be touching.

Once the players are in position, they must say aloud: “1, 2, 3…minority!” After this, each participant decides whether to remove their foot from the circle or leave it where it is.

Then, the players count to see if there are more players with their foot in the circle or out. Thus, the minority participants repeat this process until only one is left. In the case of a tie, they play the game again.

Gold and silver, an ideal way to assign roles before playing a game

This activity is especially useful when it comes to dividing players into teams. Two of the players, those who will act as team captains, have to position themselves face to face. While doing so, they must maintain a distance of a few yards.

Then, one of them must start by putting one foot in front of the other and saying “gold.” At the same time, the other captain performs the same action while saying “silver.”

They repeat this process until they’re close to one another. At that point, one of them must say “mine” and try to step on the other’s foot. Whoever succeeds must then say “fit” and put their foot, sideways, between their own foot and their partner’s. Whoever manages to do both of these things will be able to go first while choosing team members.

As you can see, the different ways to assign roles before starting to play a game can be a lot of fun. What’s more, they create a very pleasant atmosphere that’s conducive to playing sports and games. So, what are you waiting for? Teach your children to try them out next time they’re with their friends!

8 Games to Help Your Children Develop Gross Motor Skills
The good news is that there are plenty of games to play with your children to help them develop gross motor skills. Find out more here. Read more »
Link copied!
Interesting Articles
Sports and activities
3 Easy and Fun Crafts for Children