Traditional Games to Enjoy During the Summer

Do you remember the traditional games you enjoyed as a child? It's time to show them to your children and relive this beautiful stage! 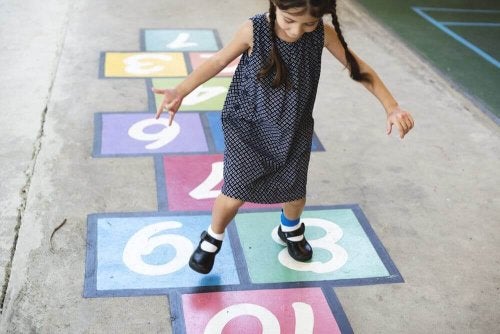 Summer is the season of the year where children enjoy the outdoors a lot more. However, we’re increasingly seeing children in parks sitting in circles playing with their game consoles, cell phones, or other electronic devices.

You have to remember that this generation uses these digital devices in their day-to-day life. But you must also show them that childhood is a time to enjoy playing games with friends on the street. And also that they shouldn’t spend their entire day on these devices.

For this reason, today, we bring you a series of traditional games that surely marked your childhood and adolescence and that you can show your children so they can enjoy a good afternoon of games.

Do you remember these traditional games?

1. Hide and seek, one of the best traditional games

Although it may seem incredible that many children don’t play this game, many of them don’t even know about it. Without a doubt, hide and seek is the traditional game par excellence. To play it, you don’t need any material or object.

One of the players is “it.” Thus, their mission is to count to 20 while the rest of the players hide within the established perimeter, necessary if they’re playing in parks or other large spaces. Once they finish counting, this player goes looking for the others.

2. A variant of hide and seek

This variant is just as fun. With a minimum of two players, one is “it” again. They’ll have to face the wall with their back to the other players, who place themselves in an imaginary horizontal row.

The person who’s “it” stands with their eyes closed against the wall and says the star phrase of this traditional game: “Ready or not, here I come.” The rest will have to advance while they say that phrase and stop at the same moment it ends so they aren’t caught. The one who reaches the wall without getting caught wins.

Hopscotch is another quintessential traditional childhood game. To play, you’ll need chalk to draw the numbers from 1 to 10 inside squares on the floor.

Number one goes in the first square. Then, number two goes just above it and, just above number two, you have to draw number three. Above both goes number four, and just above the five and six, next to each other. Again, seven goes alone and eight and nine together. Finish with ten alone.

Once you finish the numbers, throw a rock inside the square where number one is, trying to make it fall inside it. This way, you have to try to cross the hopscotch on one leg without stepping on the lines and only supporting both feet on two squares together.

In addition, you must also pick up the rock on one foot. The child who first completes the round trip wins.

4. The handkerchief game, one of the most famous traditional games

Make two teams of children and assign a number to each. One person stands between the two groups and says one of the numbers.

Children love races with different obstacles or elements. One of the most traditional and popular games for birthdays and children’s celebrations are sack races.

For this, you’ll need large bags that reach children above the hip. The children have to place both their legs inside the sack and jump inside it. The child who’s able to reach the finish line first wins.

6. Relay race, another of the best traditional games

Children also love relay races. You don’t need any materials for this game. Children must make teams of two. One of them must walk the marked path on their hands while their partner holds and guides them with their legs. When they reach the end, they must change roles.

The fastest pair to make the round trip wins.

Children love the “tension” produced by having to run a race with a spoon in their mouth, holding an egg. It’s one of the traditional games children have the most fun with. In fact, it’s one of the best games for children to improve their concentration and attention without them even realizing it.

The Benefits of Cooperative Games for Children
Cooperative games are the best type of game for children, as they allow children to have fun while learning positive values. Read more »
Link copied!
Interesting Articles
Plans with family
10 Christmas Movies for Children

Plans with family
5 Crafts to Celebrate the Arrival of Spring