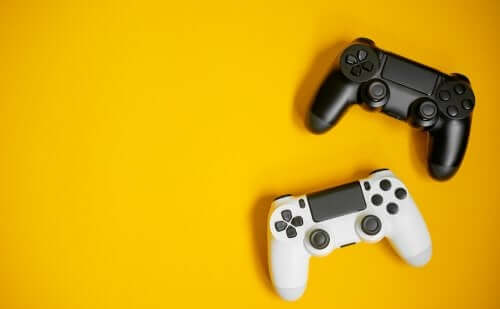 It’s obvious that video games are part of our lifestyle and culture. It’s no secret that video games generate addiction and dependence in children. That’s why it’s understandable that some parents don’t trust them. However, video games also help children learn values.

The educational value of video games

The document “Teens, Video Games, and Civics”, written by a number of academic specialists, states that video games have a tremendous educational power to integrate thinking, social interaction, and technology into the learning experience.

“Games challenge us to better use our strengths and eliminate the fear of failure, improving our chances of success. Good games support social cooperation and civic participation on a large scale.”

Scribblenauts, an adventure game based on words, not only develops children’s imagination and logic, but it also teaches them the value of generosity and solidarity in a natural way. The star of this game is Maxwell, who must collect a series of stars called Starites to free his brothers from a curse.

Scribblenauts is original due to the fact that you can solve the levels in different ways, using your imagination. The player must use creativity to write what’s needed to solve the situation in Maxwell’s magical notebook.

However, the value of this game lies not only in its potential to develop imagination and logic to solve problems. Ultimately, the aim of this game is to help a number of characters get Starites.

Although the characters that need Maxwell’s help to solve their problems are highly diverse, no distinction is made. Thus, the message that it transmits isn’t only of solidarity, but also that you should offer your help to anyone, equally and without judgment.

The revolution of Minecraft has made many teachers include it in their classes and methodology as a learning tool. This is because it has a high and recognized educational value.

Israel Fernández said that Minecraft not only dynamizes lessons but also helps children learn and develop certain skills. For example, it promotes spatial memory, mental arithmetic, and the ability to deal with abstract problems.

However, besides facilitating the development of many different skills and abilities, Minecraft teaches a necessary life value: responsibility.

This game basically consists of building 3D structures with blocks, using imagination and exploration. Minecraft helps children develop a sense of responsibility, as they need to manage and control their own resources.

This platformer video game is great for the entire family, not only because it’s recommended for all ages, but also due to its family story. Lucky, the protagonist of the game, and his sister, Lyra, unite to stop the cat Jinx and his Kitty Litter. However, Lucky is trapped in a magical book and he must escape to save his sister Lyra.

Lucky has to face many challenges and problems, as well as many villains, on his own. However, despite this, the protagonist adopts an optimistic stance in the face of adversity.

The Legend of Zelda: Breath of the Wild

The latest installment of the popular and award-winning The Legend of Zelda saga was released to critical acclaim, since it’s an open-world adventure that promotes imagination, exploration, respect, and tolerance.

Link, the hero of The Legend of Zelda saga, wakes up after a hundred years with no memory and sees the kingdom of Hyrule devastated. On the journey to recover his memory and find out what happened during his slumber, Link meets many diverse peoples and cultures that he cooperates with to rebuild the kingdom.

You can see the philosophy of The Legend of Zelda saga throughout the entire game. The active and committed role of the hero, the importance of knowing right from wrong, and being good to those around us teach how valuable and admirable it is to respect others.

In contrast to those who claim that video games isolate children, professors Constance Steinkuehler and Dmitri Williams found that games don’t promote isolation. Instead, they’re opening them up to new social connections.

In fact, many games require young people to work together as a team, much more so than when they work together on class assignments. Undoubtedly, the strong social component of some video games promotes teamwork. Also, they instill the value of respecting each other in order to cooperate.

It’s true that most video games on the market promote violence and competitiveness. However, you mustn’t underestimate the games that strive to provide different content based on respect, teamwork, and solidarity.

Importance of Video Games in Adolescence
Video games are very important for most teenagers. In this article, we'll discuss the importance of video games in adolescence, and their risks. Read more »
Link copied!
Interesting Articles
Games and cartoons
Why Do Children Love PAW Patrol So Much?