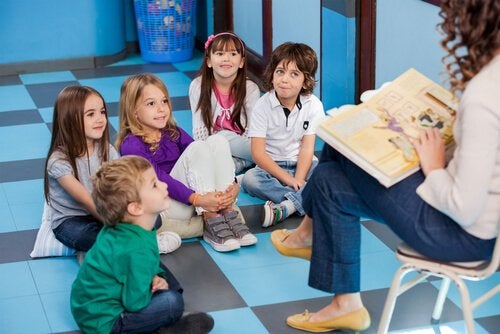 Children love animals. Cats and dogs are among the most popular because they’re also common pets. That’s why this list of four children’s books with cats as main characters are sure to please your little ones.

The most well-known children’s book with cats as main characters is, without a doubt, Puss in Boots. This is a classic story that entertains both adults and children, which is why Perrault’s story has been celebrated and published around the world.

This story is about a family that owns a kingdom’s mill. At one point, the father dies and leaves a small inheritance to each of his sons. However, the youngest child is distraught when he finds out his dad left him a cat.

Soon, everything changes once he discovers the cat’s ability to speak. Together, they’ll go on a series of adventures that’ll teach them about bravery, trust, love and friendship.

The main character in this story isn’t an ordinary cat. He uses a red-and-white striped top hat, that matches his red bow tie. Although the book was first published over 60 years ago, it’s still one of the best-selling children’s books today.

This fun story focuses on two bored siblings looking out the window, with nothing else to do. Suddenly, the Cat in the Hat appears and entertains them with crazy and fun games, making a mess of their house. How does the story end? Can the Cat in the Hat be able to put everything back in place before mom arrives?

Among children’s books with cats as main characters, this is a one-of-a-kind book, with a lively character that does things children shouldn’t do, but it’s so much fun!

Matilda’s Cat is another perfect book for children who are just learning how to read. Its big and colorful pictures will help them understand the story, even if they can’t understand the text.

This book is very simple and short. It looks like it was handwritten, so it’s easier to understand for children, but it also focuses on the pictures.

Matilda’s Cat is about Matilda and her orange tabby cat. Matilda plays with toys we all think cats like, such as balls of wool, boxes… However, the cat’s faces are so funny because, in reality, the cat hates these games.

So, what does the cat want to do? There is a big surprise for the reader at the end of the book.

The title gives away the main characters of this book and it even tells us their main trait: one cat is red and the other one is blue. Besides being cats, these animals have another thing in common: they each want to be like the other. The red cat wishes to be as smart as the blue cat. The blue wishes to be as fast as the red cat.

This is the main reason they both argue so much. As the children read the book, they’ll see all the different adventures and troubles the cats get themselves into, while trying to be like the other. Will they get it?

This is a simple story, but it portrays very important values, such as:

Pets: Why Are Children so Attracted to Animals?
There is a wonderful connection between children and animals. Read on to find out all the advantages of having pets and the best one to choose. Read more »
Link copied!
Interesting Articles
Children's stories
Children's Books About Christmas Magic