Books to Help Children Who Don’t Like to Read

Sometimes, children who say that they don’t like to read use this as an excuse because they haven’t yet found books or topics that attract their attention. 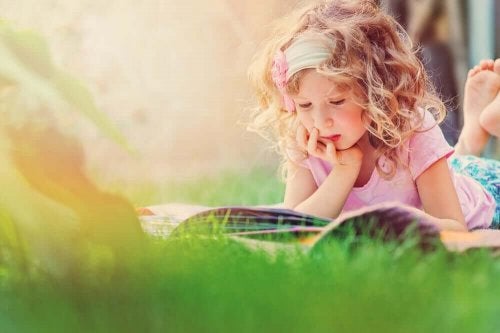 You’ve probably heard the phrase “My child doesn’t like to read” many times. This phrase is often used due to children’s lack of knowledge, and even of the people around them, of the benefits and advantages that children’s literature has to offer.

In these cases, the best alternative is to show the child different topics and even different types of books, such as pop-up books and informative books with flaps. There’s a huge variety out there, and each one offers different characteristics that attract children’s attention.

In addition to this alternative, there are also many books that, due to their simplicity, how immersive their stories are, and the topics they address, have become the favorites of many children. We’re sure that these books will get your child hooked on reading.

One of the most successful book series for children is definitely Geronimo Stilton. It’s been so successful that, in addition to the 57 titles published in the first collection, other special related books were published as well. Even his sister, Tea Stilton, has a collection of similar books.

These are books with scents, games, and activities that are recommended for children six and up. We’re sure your children will love and get hooked on them!

If your child wants to have fun while reading, they’ll love these books that tell the stories of George, Harold, and, of course, Captain Underpants, a superhero who both friends created from some comic books and by hypnotizing the principal of their school.

These characters became so popular that, currently, the series includes 12 books and 3 spin-offs. Also, the first of the films starring the funniest superhero of all time came to the big screen in 2017.

3. Los Futbolísimos (In English: The Soccer Stories), a book series for children who don’t like to read

Undoubtedly, one of the best-selling children’s book sagas is the one that tells the stories of a group of children who always get together to play soccer.

The ingredients that make this collection one of the best for children who don’t like to read are sports, mystery, and adventure.

4. Diary of a Wimpy Kid book series by Jeff Kinney

This book series definitely owes its success to the stories it tells. These are real stories that all young people have experienced during their school years.

The simplicity of the dialogues and texts, along with the fact that children identify with the experiences, make it an ideal series for children who don’t like to read.

5. Are You Bored, Minimoni? by Rocío Bonilla

This illustrated book is wonderful. Its detailed illustrations allow children to develop their imagination in an incredible way and make them feel that they’re in the main character’s house.

Its texts are easy to read because the importance lies in the illustrations we just talked about. In addition, we mention imagination again, as it’s the main theme of the book because children have to use it to fight boredom.

The main character’s boredom can be used by parents and educators to show them that reading is a good way to fight boredom.