What is Kamishibai? Everything You Want to Know

Today, we want to tell you all about Kamishibai. What is Kamishibai? Read the following article to find out everything you want to know about the fascinating Japanese art of storytelling. 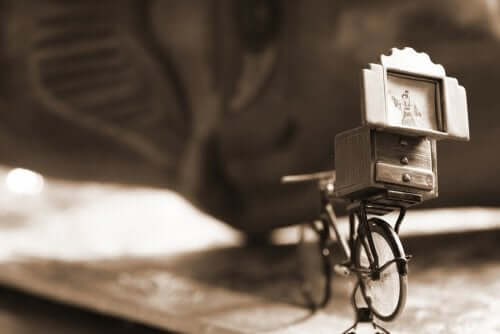 There are all sorts of different ways to tell stories. And the way a story is told plays an important role in how much children pay attention as they listen. What’s more, in some cases, it also influences how long they remember the story. With all that in mind, we want to tell you about Kamishibai. What is kamishibai? Keep reading to find out.

Kamishibai is a very special and magical way to tell stories that originates from Japan and is fascinating to children. In the paragraphs below, we’ll tell you everything you want to know

What is kamishibai? The most ancient art of storytelling

Today, it’s common to see professionals from the world of literature carrying a kamishibai and using it to tell their stories. However, this fascinating way of transmitting stories isn’t a new invention. Rather, it’s been around for centuries.

These portable miniature theaters date back to the 12th century. They were created by Buddhists in their temples as a way to tell stories to the most illiterate among the population. What’s more, the stories they told always included a moral at the end.

The components of a kamishibai

In order to tell these kinds of stories, you just need three things. First, you need a small theater where you’ll perform the stories. These theaters, known as butai, are usually made of wood and consist of two doors. These doors open at the beginning of the story and close when the story is over. If you’re making your own DIY kamishibai at home, you can also make it out of cardboard.

When you close a kamishibai, it has the shape of a suitcase. This characteristic makes it easy to transport these stories easily from one place to another.

Next, you’ll need several slides. These slides will contain illustrations, which will be the part that children will look at the most in order to remember the story. However, they can also contain text, which will help the storyteller remember the details. And that brings us to the final component of kamishibai…

Finally, as we’ve mentioned, the third essential component when it comes to this art is the storyteller. Without a person to transmit the magic that makes this way of storytelling so special, there’d be no point.

What makes the kamishibai so special?

As we’ve already indicated, the way a story is told transmits magic and captures the attention of children in a special and unique way. This tiny and unique theater and the mixtures of words and voices that interpret the illustrations are absolutely enthralling for little ones.

Therefore, we can say that this art is a simple way to awaken the imagination and encourage a love for literature in small children.

Books to use with kamishibai

Now that you’ve discovered more about this fantastic world of storytelling, we’ll leave you with a selection of stories that you can use with this theater and capture your children’s attention.

The Color Monster, by Ana Llenas

Emotions are an essential subject that we need to educate our children about, but that task is often a challenge. With this in mind, successful children’s author Ana Llenas brings us this fantastic book. Thanks to her talents, The Color Monster provides teachers and parents with an excellent tool to help children identify and understand their emotions.

The best part about this book is its illustrations, which associate each emotion with a different color. For this reason, it’s an ideal book to use with kamishibai in order to address the topic of emotions with little ones.

Mr. Nimbo and the Cloud Machine, by Nuria Rodriguez

Mr. Nimbo’s job is to produce clouds and spread them around the entire world. He performs this production and its subsequent distribution using a bicycle that fulfills both functions. One day, after a fantastic nap, Mr. Nimbo wakes up and…. his bike has disappeared!! Now how will he do his work?

The Educational Value of Stories for Children
Reading is such a source of pleasure and learning. In this article we'd like to highlight the educational value of stories. Read more »
Link copied!
Interesting Articles
Children's stories
The Best Children's Books About Villains