Board Games and Card Games to Play During Quarantine

Right now, times are tough. Thanks to COVID-19, everyone's stuck at home and anxiety levels are high. But board games and card games can be a great way to help your family during quarantine. 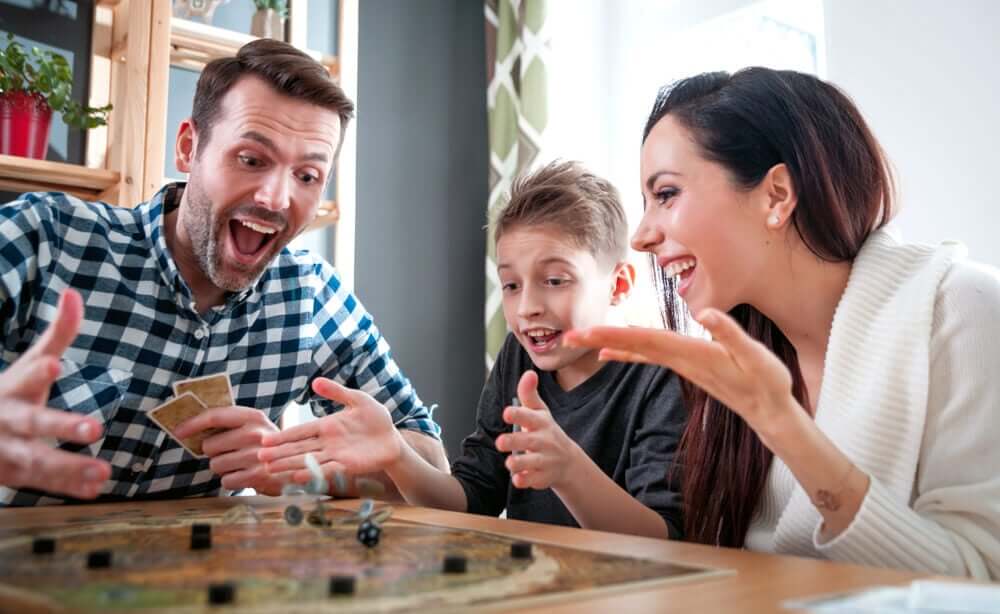 The days we’ve spent in isolation continue to accumulate and it can be harder and harder to cope with this situation. This is especially true for our children. Playing board games and card games with your little ones can help reduce stress and improve relationships. Keep reading and discover six great options to enjoy with your family during the COVID-19 crisis.

Have fun with this card game for between 2 and 5 players, combining different dishes of delicious sushi! Sushi Go is a fast-paced and easy-to-play game. It’s one of our favorite card games that you can play with your entire family.

Over the course of three rounds, players should choose one card from their hand and place it face up in front of them. Then, they pass their hand to the player to their right.

This action repeats until everyone runs out of cards, meaning the round is over. Players then add up the points of their chosen sushi plates and move onto the next round. But be careful not to grab dessert cards!

Clue, one of the best board games

One of the most classic board games that you probably played when you were a child… and it continues to be popular today. This family board game for between 3 and 6 players consists of guessing the details of a murder. To solve the mystery, you must guess who, when, and with what.

The three cards revealing the crime remain out of sight and the rest are dealt among the players. With the help of a reference sheet of possible suspects, locations, and weapons, players race to discover just how the murder occurred.

Virus! – one of the best card games for families during COVID-19 quarantine

Virus! is one of the best-selling games over the last years and, possibly, one of the most popular games to play during the current health crisis. It’s a simple card game for 2 to 6 players of any age and lasts about 20 minutes from start to finish.

Players can have a maximum of three cards in their hand for each turn. Then, they must lay down and steal cards until they have a total of 4 different organs from the body in their playing area on the table.

The first player to turn up four cards with 4 different organs wins. But, there’s one condition: They all need to be healthy! In other words, you win as long as no other player has placed a virus on top of any of your organ cards.

Jungle Speed is a strategy game that you can play with your entire family, as it works for groups of between 3 and 15 players. This board game is characterized by its high activity and participation of every player.

The first thing you need to do to play Jungle Speed is to pass out the cards among players and group them into equal piles. In order, players must turn cards right-side up until some player notices that there are two cards with the same symbol.

When that happens, the player must grab the totem – the central object of the game – before anyone else. Punishment consists of the loser taking all the winner’s cards that are face up. Whoever runs out of cards first wins the entire game.

For 3 to 6 players, Dixit is a truly original card game that also presents great visual beauty. Players must try to guess everyone else’s cards based on just one clue.

This game is especially great for families with very small children as it facilitates and encourages creativity and imagination.

Pandemic, one of the most popular board games for families during COVID-19 quarantine

Last but not least, this is probably the most well-known game right now – for obvious reason. Each player must take on a specific role to save humanity by discovering the 4 cures for the illnesses that threaten the entire planet.

One of the most characteristic and attractive features of this game is that the only rival is the game itself. In other words, it’s a cooperative board game where players are all on the same team in order to win.

Tips to Help Your Children Get Through Quarantine
Periods of confinement can be hard on children, both physically and emotionally. Here are some guidelines to help children get through quarantine. Read more »
Link copied!
Interesting Articles
Games and cartoons
Activities for Children with Autism