4 Educational Games to Play With Your Family

Games are a great way to have fun as a family. And if they're educational, then the experience will be even more enriching. Today, we'll tell you about 4 educational games to play with your family. 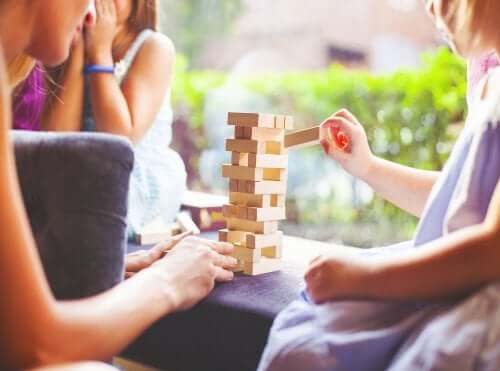 Every year, new children’s games become available on the market. And if you’re looking for a great gift for a child, then a game is always a safe bet. In fact, it’s common for families to have a variety of games in their homes. That’s because children have so much fun playing while learning in such a simple and dynamic way. With that in mind, we want to tell you about 4 fantastic educational games to play with your family.

“Play is our brain’s favorite way of learning.”

Educational games to play with your family

Uno is a game that consists of a deck of cards with different colors and numbers. Of course, you’ve probably already heard of it, given that Uno is one of the most classic and popular card games out there.

The fact that it’s a really fun game obviously has a lot to do with its popularity, but there’s much more to this game than that. It also requires students to use their memory and develop strategies.

Recommended for children ages 7 and up, this fantastic group game will allow your children’s minds to work without them even realizing it.

Wood or plastic, colorful or neutral, large or small… The classic game of Jenga consists of keeping a tower of blocks from collapsing while removing individual blocks and placing them on top. Once again, this game is perfect for children ages 7 and up.

This educational game is ideal for encouraging concentration skills as well as agility… Not only in children, but in adults as well. Jenga is a favorite among players of any age thanks to the tension that builds around the possibility of the tower collapsing at any minute.

More educational games to play with your family

As the name of this game would indicate, the objective of this game is to encourage visual acuteness and quickness. In order to play, each player will need to choose three cards that correspond to three objects that are spread out on the board.

The player who manages to find all three of his or her objects will be the winner. Developing the ability to react quickly in children is essential at certain points in life.

Time’s Up! Kids is an extremely fun game recommended for children ages 4 and up that you can enjoy with your family.

The game consists of a series of cards that remain facedown, 20 of which are to be picked up. Playing the game involves two phases. First, one player must describe the card so the other player can guess what’s on it. During the second phase, players act out what’s on the card.

If you’re playing with small children between the ages of 4 and 6, then it’s best for adults to do the describing while children do the guessing. But, when it comes to children over the age of 7, it’s best to allow them to describe what’s on the card. Doing so allows them to improve their oral exposition and fluidity.

The Forbidden Island, one of the best educational games to play with your family

The obtaining of various prizes has made this one of the best educational games in history, ideal for children over the age of 10.

What stands out most in this game is that it’s a completely collaborative game. What’s more, it’s essential for players to dialogue and reason with one another. Therefore, it’s a great tool to use in the classroom.

The game consists of capturing a series of treasures on a mysterious island before it becomes completely submerged in water and disappears without a trace.

3 Games You Can Play at Home with a Pencil and Paper
There are many games that you can play at home with just a pencil and paper. Today, we'll tell you about three that you can enjoy with your family. Read more »
Link copied!
Interesting Articles
Games and cartoons
Among us: The Secret Behind the Success?