Delve into the world of Harry Potter without leaving your couch. Are you ready? 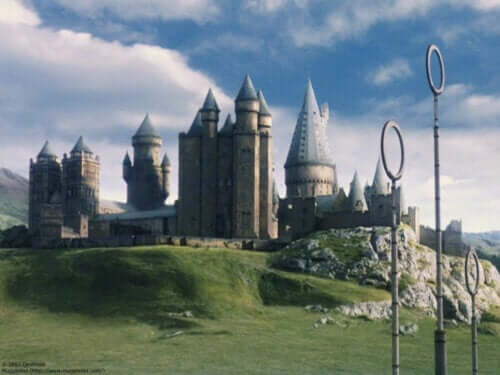 Thousands of children around the world have read and enjoyed the world of fantasy and magic in Harry Potter. Without a doubt, this series of books is among the most successful in the history of literature and is one of the best-selling series of all time. Have you ever wanted to visit Harry Potter locations?

In addition to the books, there are films based on them. If possible, these movies are more popular than the books. Children and adults alike dream of visiting Hogwarts, being able to visit Diagon Alley, or Azkaban prison.

Many of the locations for the Harry Potter movies are in London, where the recording studio and museum are also located. For Harry Potter fans, today, we’re talking about the possibility of taking a tour of Harry Potter locations without leaving home. Raise your wands, let’s get started!

How can you visit Harry Potter locations without leaving home?

Several companies provide tours in London and Oxford for fans of the magical world of Harry Potter. This way, anyone who wants to can take a tour during a trip to London or Oxford of some of the locations that inspired J.K. Rowling.

However, not everyone can take a trip to London. Instead, these companies now offer new ways to enjoy these tours.

Some companies have made tours available in a streaming format so that, even from your couch, you can have the privilege of enjoying this magical journey.

Information you need to enjoy a tour of Harry Potter locations

A live guide will take fans of the series through the alleys of magic to see the scenes and locations in London and Oxford where they filmed the Harry Potter films.

The price of the tour varies based on the company you use. When you find the tour you want, you need to select what day and time you want to stream the tour. Generally, there are two shifts to choose from: one in the morning and one in the afternoon.

The tours include a live guide throughout the tour, as well as the opportunity to participate in a magic quiz.

What is the Magic Quiz?

If you’re a true fan of the series, you can prove it through this fun game. To participate, we recommend that you have a webcam and a microphone connected to a computer.

Then, in this Magic Quiz, you’ll find a game to show how much of a true fan of the series you are. The winner will win a fantastic prize that they can treasure forever.

Choose your Hogwarts house and let the tour begin

One of the most common questions for Harry Potter fans is “What house are you?” You should have made your choice from the beginning of the magical journey. While on the tour, you can use the scarf of the Hogwarts house to which you would like to belong. If you don’t have one, you can also dress up with a cape or, of course, a magic wand.

You’ll be able to see areas such as the Ministry of Magic, Diagon Alley, or Platform 9 and 3/4. In fact, you might almost believe they’re actually in front of you. This a great activity for children and adults to enjoy together.

This is a great gift to give true fans of the series, as well as a great weekend activity for families who love the world of Hogwarts and the magic of Harry Potter. Do you want to go on this tour?

6 Valuable Lessons from Harry Potter
"We’ve all got both light and dark inside us. What matters is the part we choose to act on...that’s who we really are" – Sirius Black from Harry Potter. Read more »
Link copied!
Interesting Articles
Children's stories
Manolito Four-Eyes: A Fun Book Collection for Kids

Electronic devices, as well as social networks and the Internet make those boring moments we usually have at home much…