Coco: A Movie to Watch as A Family 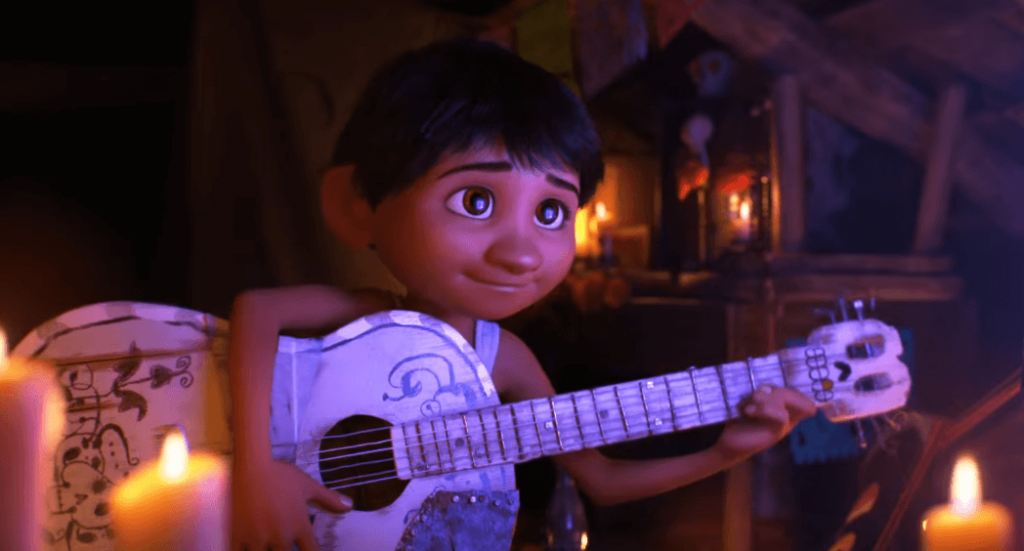 If you’re a parent who enjoys watching animated movies with your children, then you’ll love Coco.

This film tells an incredibly touching story. What’s more, it will entertain your children while also teaching them important lessons.

Coco is a movie that was quite popular in Mexico. The movie theaters where full of people who wanted to enjoy seeing their beautiful towns, culture and traditions such as the “day of the dead.”

The film has a profoundly moving story. It’s also stunningly animated and full of beautiful songs and magnificent lessons.

Plot of the movie

Pixar Animation Studios unveiled their 3D animated movie Coco in October of 2017. It’s inspired by the “day of the dead” celebration in Mexico.

The movie tells the story of Miguel, a child who lives with his family in a town called Santa Cecilia

Miguel has a dream: to become a great musician just like De la Cruz, his idol who was also from his hometown.

But the protagonist has a problem; his family has been banned from making any sort of music for generations.

They believe they’re cursed because their great-grandfather abandoned them to become a singer.

After a strange occurrence, Miguel ends up traveling through the world of the dead, where he sets off on his fantastic adventure with Hector, a skeleton that helps him reach his dreams.

Some of the main characters of the movie Coco are:

7 lessons for the family

This movie contains many positive messages that apply to older children.

Little ones can also learn about the value of perseverance when it comes to reaching their dreams.

The movie also teaches the importance of sincerity, honesty and loyalty.

Coco aims to celebrate Mexican identity and ideology through its traditions. The celebration “day of the dead” pays homage to the country’s art and culture.

The film, which is full of values, fun and drama, also aims to promote family bonds and roots through a beautiful story.

Many think of fashion and design as a subject that only adolescents and adults are interested in. However, many girls…

Sports and activities
How to Make Your Own Musical Instruments

Wouldn't you love to play music with your kids? If you don't have any instruments, then you've come to the…

Games and cartoons
3 of the Best Geography Apps for Kids

Electronic devices have become the most important learning tools in recent times, whether it's for mere entertainment or acquiring knowledge.…

What should I do in my free time?
The Best Digital Reading Platforms for All Ages

The arrival of new technologies has greatly influenced our lifestyle habits. Years ago, the idea of having access to a…

Children's stories
What is Kamishibai? Everything You Want to Know

There are all sorts of different ways to tell stories. And the way a story is told plays an important…

Enjoy motherhood
What Makes You Feel Like a Mother?

If we look back at our experiences with motherhood, many of us can pinpoint the first time that we felt…