The Importance of School Recess for Children

School recess is essential for children to develop their social skills and grow. It's a time for them to take a break from their school obligations, and teachers have to respect it. 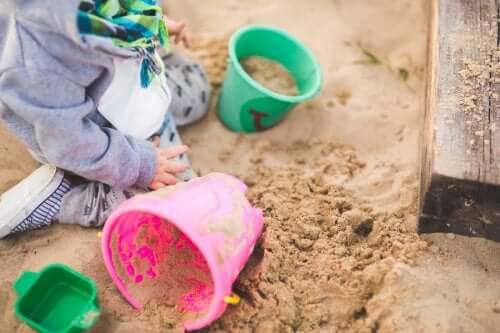 In this article, we’ll explain the importance of school recess for children. Today, recess is currently being affected by the heavy use of new technologies and all the cons that come with it.

If children can disconnect from the internet, they’ll benefit from a series of social, emotional, and cognitive advantages that you may not know of.

Who hasn’t jumped out of their seat when they heard the school bell ring? Recess is one of the most exciting moments for children.

If you’re not a kid, you may see recess as nothing more than a time to play games, but it’s so much more than that. Do you want to know why? Well then continue reading.

The benefits of school recess for children

For a child, not knowing other children will never be an impediment for them to play together, and that’s the key. Children develop friendships and start conversations with other classmates who are united just for their mutual interest in playing and having fun.

2. Promotes the development of children’s intellectual and physical abilities

School recess could also be called “imagination time,” since it’s one of the times when children use their minds most. Who hasn’t invented a game using solely their imagination, or come up with a story with characters and dialogues to act out?

Their mind is in continuous movement, which produces excellent cognitive benefits for them. In addition, during this time, children are always moving around, so they also develop fundamental physical activities for their growth.

3. Increases productivity and attention in classrooms

This aspect is fundamental for everyone – whether children or adults – since, sometimes, we just need to clear our heads to be able to continue working and stay concentrated.

With children, it works the same way. During recess, they relax, clear their minds, and return to class with a refreshed and quick mind.

How long should school recess for children last?

Another aspect that must be taken into account is the duration of this break time.

Between ten minutes and up to an hour is the time interval that schools should adapt to.

Currently, the variety of class subjects and the weight given to each has made some institutions decide to eliminate recess time to include more study time. This is a severe mistake since students are taking time away from their break periods. As we’ve pointed out, this leads to a lack of concentration.

The importance of teachers

The figure of the teacher has an essential but at the same time invisible role. First of all, it’s their duty to monitor school recess to avoid conflicts or to be available to children if they need it.

Besides, they can play an essential role in the creation of games and in the inclusion of children in them, which, once again, generates social development.

We represent it as an invisible role because it’s during recess, as we’ve said before, that social relations are revealed. It’s a time for teachers to allow kids to enjoy themselves. Of course, teachers should always be attentive to any problems that may arise, especially when it comes to bullying.

Don’t take away recess as a form of punishment

It’s very common for a school to take away recess time to punish children. But, is this really beneficial for children? Punishing them without recess is synonymous to prohibiting them from being in contact with others, clearing their minds and, consequently, concentrating.

The importance of school recess for children has far-reaching effects.

4 Recess Games for Kids
Recess games for kids are ideal for spending time with friends and favor interaction, teamwork and other important aspects of childhood. Read more »
Link copied!
Interesting Articles
Games and cartoons
Why Do Children Love PAW Patrol So Much?