The Song Scientifically Designed To Make Your Baby Laugh 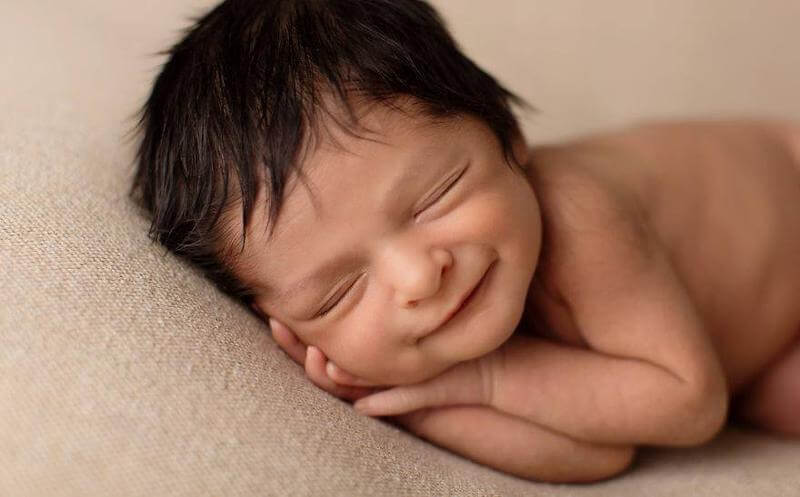 There is a song that was specifically designed to make your baby laugh. It is called the Happy Song and was created by a group of scientists from the UK.

The song is about two minutes long and in that time your baby will hear a singular and well studied combination of sounds. The sounds vary from the sea, animals, musical instrumentals and a woman’s voice, which is always calming to children.

Making your baby laugh is just one of the benefits that this song has for them. It also stimulates them and makes them feel good.

In a collaboration with about 2,300 parents, Caspar Addyman and musical psychologist Lauren Steward asked for parents to name sounds that made their babies laugh. This was the first necessary step to make this special song that makes babies laugh.

They made an average from all responses that parents gave. The most commented sounds were: sneezing, animal noises and other babies laughing. After compiling a selection of sounds, the song was tested on around 50 babies.

During the tests, the specialists measured the reactions the babies made. They watched their movements, facial expressions, heart rate and vocalizations in order to see what parts of the song generated a happy and positive mood.

They then compiled all their information and decided to record the Happy Song. The song has sounds of nature, a horn and small outburst of emotions to keep the babies that are listening alert. And as we previously stated, the song also contains a woman’s voice.

In addition to the Happy Song there are many songs that can help make your child laugh.

Babies like repetitive and predictable music because it gives them the satisfaction of being able to anticipate something they knew was going to happen. For example: the moo of a cow or the crow of a chicken.

Scientist also claim that babies are more likely to like faster music because their hearts work at a faster pace than adults.

Songs that positively stimulate and make your baby laugh

Music can have many positive effects on your children in addition to laughter. Scientist have already started to study some of these effects. For example, researchers at the University of Washington have shown that by keeping pace with music, babies are able to improve their cognitive skills.

During the first two months of life, they prefer lullabies or short instrumentals. These slow songs remind them of their mother’s heartbeat, and this is turn makes them relax. Music reduces stress levels by having a relaxing effect on children.

It has also been proven that 9-month-old children who are subjected to several music sessions are able to identify several melodies and song patterns. These skills will help them learn new things quickly.

It was also proven in the last decade that music favors brain development in children. It also helps them stimulate certain skills that will help them learn.

Music as an ally

Music can also help them improve their concentration and creativity. It stimulates psychomotor development. When they begin to walk they will also benefit from a better sense of balance. They will move harmoniously.

Song lyrics in particular have a positive effect on linguistic development. They encourage active connections in the language field. Therefore, listening to music and learning songs will surely help your baby to speak fluently.

Premature babies that are frequently exposed to musical melodies have been proven to improve their eating habits. They also show positive effects in physical aspects such as heart and breathing rates.

These are just a few of the positive effects that your children can benefit from by listening to music. This of course doesn’t mean that listening to music makes children gifted, however it does help them develop in various ways.