The Walt Disney Company and Its Influence on Children's Cinema 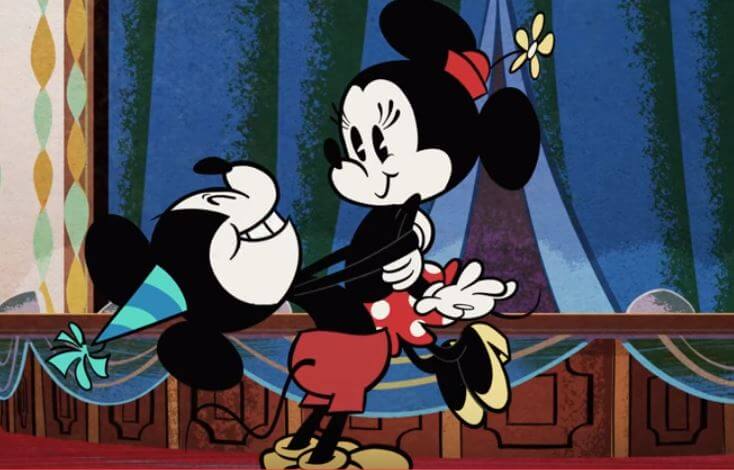 The first films to hit the big screen were all about adults, and for adults. But in 1932 a certain visionary wanted to change all of that, with the creation of animated films in color, aimed at all audiences. It all started with the short film Flowers and Trees, Goofy and, of course, with the creator himself, Walt Disney.

Pixar may be the master of innovation in children’s animation today, but the one who defined the creation and standards for children’s movies was Walt Disney. Feature films such as Snow White and the Seven Dwarfs and Pinocchio were at the forefront of a phenomenon that defined our culture.

Taking our kids to the movies is a long-lasting family tradition. But let’s have a look at how the movement that helped children’s cinema to survive actually began. The classic stories alone would never have been enough for the company to prosper.

1934–1943: During this period, 4 films were launched that carved out the beginnings of children’s cinema. In addition to the first appearances of Snow White and Pinocchio, Dumbo and Bambi were screened before the beginning of World War II.

1954–1973: The creation of the first Disneyland Park further enhanced the production of films for children. These included classics such as Sleeping Beauty, The Jungle Book and the first real children’s action film: Mary Poppins.

1980–2000: During this period, children’s films really started to flood movie theaters. Innovative releases like The Little Mermaid and Beauty and the Beast were box office hits. Meanwhile, Aladdin and The Lion King set new benchmarks in children’s entertainment in the mid-90s.

A message for the little ones

Before 1930, animated films had images and dialogues aimed at a more adult audience. The irony and the slightly bawdy jokes helped to give meaning to the animation format. Walt Disney practically dominated the world of children’s films at this point.

In many ways, children’s films were the continuation of children’s literature from the past. Because of this, the dialogue focused on (and still does) a message to help children grow and develop.

Throughout Disney films you can sense all the themes and sub-themes of children’s literature: fantasy, myths, fables, legends, fairy tales, science fiction and romance. These days, comedy and humor are brilliantly used and well-received by the general public. Children these days are quite capable of understanding the meaning of complex humorous comments.

Something that is quite evident in the Walt Disney brand is that each film focuses on the promotion and teaching of a particular value. It was like that right from the start. In Pinocchio the virtue of being sincere was exalted, and in Beauty and the Beast they dealt with the problem of the superficiality of physical beauty.

Mickey Mouse’s company even managed to adapt different literary works to the big screen. Two examples of this are Hercules and The Hunchback of Notre Dame. The latter is an adaptation of Our Lady of Paris, written by none other than Victor Hugo himself.

In Finding Nemo, with Pixar, willpower and perseverance are the central themes. The Lion King touched on such complex issues as positive leadership and the value of diversity. The small robot Wall-e was to raise awareness on environmental issues, quite groundbreaking at the time.

The good, the bad and human rights

Over the years, the themes in Disney movies have been adapted to our modern times, as well as the animation techniques. One thing that is always quite clear in Disney films is the distinction between good and bad behavior. One of the strongest points of the company is the way it promotes morality right from childhood.

And every year we see how Disney films adapt to the changes in society more and more. This could be seen in the remake of the film Beauty and the Beast. There we saw the first LGBT character in a children’s movie, Le Fou, the assistant of the cruel Gaston.

Morals, rights and values ​​are still at the heart of Walt Disney’s work. At present, other companies such as Pixar (which is still actually a subsidiary of Disney) are taking graphics to previously unknown levels. But none of this would have happened without the help of good old Mickey Mouse and his visionary creator.