Water Games for Children to Play This Summer

Water games are some of the most fun activities during childhood. They help beat the heat, as well as promote group activities. Find out more about them in this article. 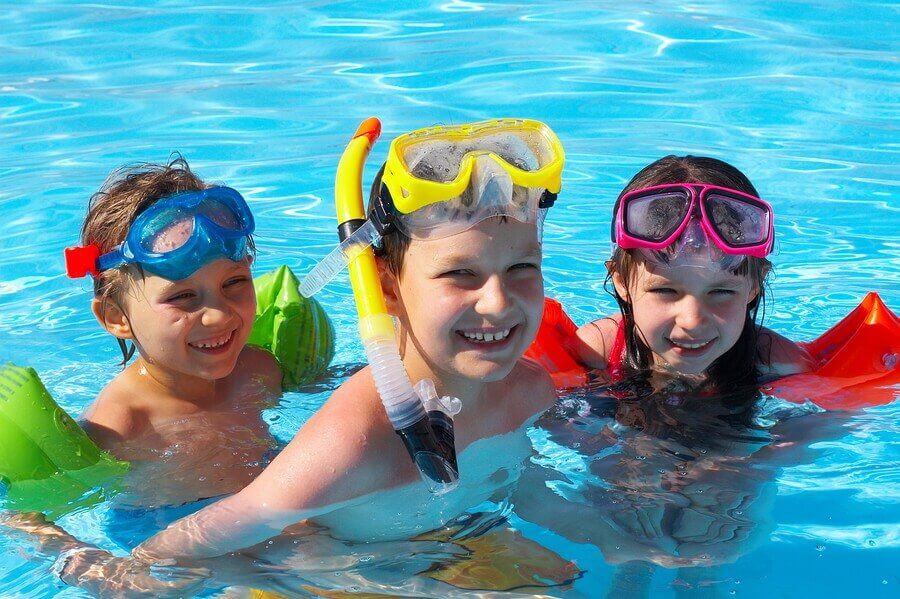 Water games promote social interaction, spontaneity, creativity and, to some extent, ingenuity. By not always having everything that they imagine, children get creative to come up with activities.

For example, if kids want to pretend to play with crocodiles in the swamp, they won’t always have toys to support their imagination. Therefore, they need to be creative to pretend they have them.

We recommend letting kids experiment on their own. First, you should always listen carefully to make sure your children and any others are being safe.

This way, you can make sure everyone is having fun without any problems. Of course, you should never leave children unattended in the water.

“The greatest benefit of water games is that they help children develop motor skills, like balance and coordination.”

Next, we’ll show you a great list of water games for children. With them, summer can be lots of fun for everyone. Try them out!

1. Relay races with cups of water

To start the game, you need to create a start and finish line. Then, divide the children into two teams – each with an equal number of participants. Have them line up behind the starting line.

To begin, have one team member at the starting line. Then, just like other relays, the first person starts holding a cup of water. The player needs to deliver the cup of water to his teammate at the finish line.

The goal is to go as fast as possible without spilling water. At the end of the race, the team that has the most water in the cup is the winner.

This game is great to play in any pool, and requires moving fast. To play, you’ll need as many clothespins as players. You can have as many players as will fit in the pool.

Each participant must attach the clothespin to the back of their shirt. The objective of the game is to get other players’ clothespins while guarding your own. Then, the lucky winner will be the one who gets all of the other clothespins.

Those who lose their clothespins must leave the pool immediately and wait for the next round. However, if someone drops their clothespin, it belongs to the first player that picks it up.

Players must divide themselves into two teams with at least 4 players. First, give the captain of each team a bucket, and give a balloon to the other players.

Then, each player must fill the water balloons without tying any knots. Then, the teams line up side by side on the launch line.

Each captain will stand a few steps away from the first teammate, turn to him, and hold the bucket above his head. Then, the players will throw their open balloons and try to make them in the bucket. The goal is for the balloon to fall into the bucket on their captain’s head.

However, we should mention that the captain can move to catch the balloon, but the container needs to stay on his head.

You can play this game in a pool or in your backyard. Organize the players into teams of 3 to 5 participants.

Both teams should be face to face, about 5 yards away from each other if you’re in a large pool, or both ends if it’s inflatable. Also, each player should have a water gun.

Then, place a balloon in the center of the pool. When you say “Go!” the players need to aim their water guns at the ball to try and push it forward. The team that manages to get the ball to the other side is the winner.

To play this game, it’s important to work as a team. That way, you can push the ball in the right direction to beat the other time. However, you may need to pause to refill the water guns.

Finally, water games for children are lots of fun, but they’re also fundamental for kids’ physical, social and emotional development. Teach them how to play and watch them have a blast!