What Causes Bleeding During Pregnancy?

Bleeding during pregnancy is very common and can be due to various factors, many of which are harmless. However, it's very important to know the difference and when it's time to see a doctor. 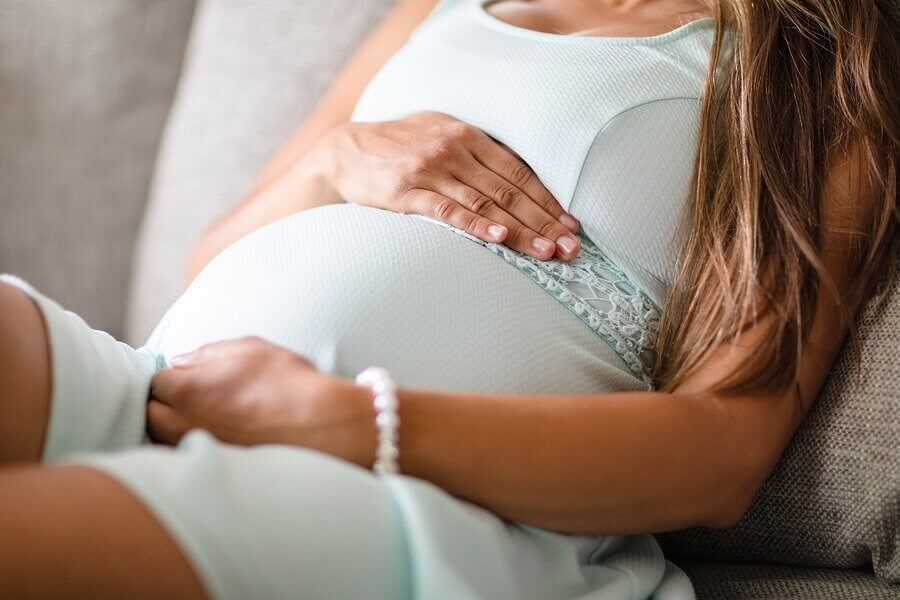 During pregnancy, women experience many changes and symptoms. Some are normal, and others require treatment or a change in routine. In the following article, we’ll explain what can cause bleeding during pregnancy and what symptoms mean you should consult a doctor.

Bleeding during pregnancy: is it normal?

When you’re pregnant, there are many symptoms to be aware of. Loss of blood is one of these. You may be wondering whether it’s normal, given that, in theory, you shouldn’t get your period while you’re pregnant.

Of course, it all depends on the duration of the bleeding, the amount of blood, and what stage of pregnancy you’re in. Seeing a spot of blood in your underwear during the first trimester is normal, and doctors usually don’t consider it to be a cause for alarm.

If this happens, don’t worry. However, to be certain, it’s a good idea to consult your obstetrician. They’ll know better than anyone what caused it and whether you need any kind of treatment or routine.

Hemorrhaging or bleeding during pregnancy is a symptom that affects up to 30% of women during the first weeks of gestation. In most cases, it isn’t dangerous.

Now, if the loss of blood occurs in the second or third trimester, you may have a problem. However, it isn’t necessarily serious.

What causes bleeding during pregnancy?

There are many reasons why you might experience bleeding during pregnancy. It’s very important to understand them so that if bleeding does happen, you don’t panic. Remember that all your emotions are transmitted to the baby. Being nervous and stressed isn’t healthy.

Light spotting is more than normal in the first few weeks and even has a name: implantation spotting. What does that mean?

Implantation occurs when the embryo “grabs on” to the walls of the uterus. This process may involve some bleeding. Many women actually wait for this signal to be sure they’re pregnant.

Implantation occurs slightly before the date of menstruation. Therefore, the symptoms may be similar to when you’re on your period. This can often be confusing, as women think that since they have pain in their lower abdomen, they must not be pregnant.

“Seeing a spot of blood in your underwear during the first trimester is normal, and doctors don’t usually consider it to be a cause for alarm.”

Another reason you may see blood during pregnancy is having sex. You don’t need to give up sex, especially in the first few months, but you do need to be more careful.

In this case, the bleeding isn’t because the baby is in danger. Rather, it’s caused by irritation of the uterine neck. The same thing happens if you strain yourself by going to the gym or lifting something heavy, for example.

Although it’s less likely, bleeding during pregnancy can also be due to cervical polyps or fibroids, an inherited disorder, or a coagulation disorder called Von Willebrand disease.

When is bleeding during pregnancy a serious concern?

If you’ve already ruled out the common or normal causes of bleeding during pregnancy, be aware that sometimes bleeding can be due to something more serious.

For this to occur, other factors must be involved. For example, you must be in the second or third trimester, the bleeding must be heavy, and accompanied by intense pain.

Under these circumstances, the cause of bleeding during pregnancy:

If you’re concerned about bleeding during pregnancy, the best thing to do is see your doctor. Although you shouldn’t be worried about a few spots on your underwear if you became pregnant recently, you can also ask a professional to find out whether it’s something to watch or if you need special treatment.

If the bleeding is heavy, don’t hesitate to go to the emergency room. Some women make the mistake of staying home, which can be fatal for the baby.

All You Need to Know About Postpartum Bleeding
What is postpartum bleeding? Is it something to be concerned about? In today's article you'll find out what is totally normal and what is cause for concern. Read more »
Link copied!
Interesting Articles
Before conception
Supplements During Pregnancy: Folic Acid, Iodine and Vitamin B12