What Is External Cephalic Version?

4 minutes
External cephalic version is a technique that's effective in reducing the number of cesarean sections by about 50%, as well as breech births.

Sometimes, at the end of the pregnancy, the fetus presents itself with the buttocks towards the mother’s pelvis. This is called breech presentation. Although cephalic presentation – with the head downwards – is the most frequent, the breech position occurs in approximately 3-4% of pregnancies from the 37th week onwards.

This is a position in which natural childbirth is difficult. However, in those cases, there’s an alternative to a breech delivery or a C-section, known as external cephalic version or ECV. Let’s see what it consists of and when doctors recommend it.

What is external cephalic version?

This technique has been widely used in history and dates back to Hippocrates. And then, in the middle of the 20th century, doctors stopped using this technique. However, since 2000, due to the large number of avoidable cesarean sections that were taking place systematically, experts are reconsidering its use.

External cephalic version is a safe maneuver with a success rate around 50-60%, depending mainly on the experience of the gynecologist who performs it. Therefore, it’s an effective technique in reducing approximately half the number of cesarean sections due to breech presentation. And, in the same way, it also reduces the number of breech births.

What does it involve?

Experts recommend this technique around the 37th week, when the fetus is ready to come out if any inconvenience arises. Likewise, by this point, there’s enough amniotic fluid and space for rotation to be possible.

A gynecologist performs external cephalic version in the delivery room, with an operating room nearby that is free and prepared for any unforeseen event. An ultrasound machine and a baby heartbeat monitor must be available.

Before starting, the doctor must check the actual position of the fetus ultrasonographically, as well as its condition. He or she will check the situation of the placenta, the amount of amniotic fluid, the umbilical cord, etc. To avoid pain, the mother usually receives pain killers, as well as tocolytic medication to relax the uterus and facilitate the maneuver.

During the procedure, doctors monitor the fetal heart rate to avoid alterations that could put the baby’s well-being at risk. In the event of any type of fetal distress, although very unlikely, an emergency C-section would be performed.

What are the disadvantages of the external cephalic version?

Although, in general, the risk is low for both the fetus and the mother, external cephalic version also presents some possible complications. For example, we can highlight the following:

However, it’s worth noting that the external cephalic version isn’t possible in all cases of breech presentation. There are a series of contraindications for this technique, among which are, for example:

To conclude, external cephalic version is a safe and effective alternative in the reduction of cesarean sections and breech births for cases of fetuses in breech presentation in the 37th week of gestation. In any case, the mother must be duly informed of the possible adverse effects, as well as the success rate.

The baby’s position at the time of delivery is essential. What should you do if you have a breech baby? In this article, we'll show some turning techniques. 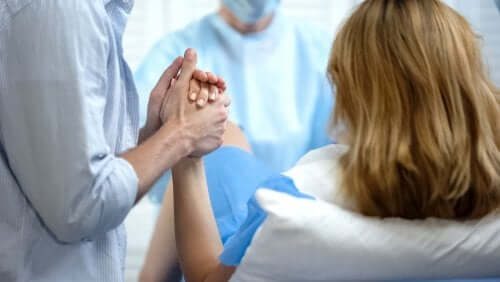 Stages of labor and birthLabor Pain Management: What You Should Know 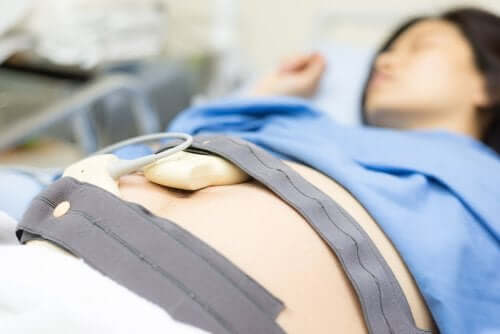 Stages of labor and birthThe Stages of Childbirth: What You Should Know