What Determines a Baby's Sex?

Future parents are always eager to find out if they're going to have a boy or a girl. With this question in mind, today we want to talk about what determines a child's sex. 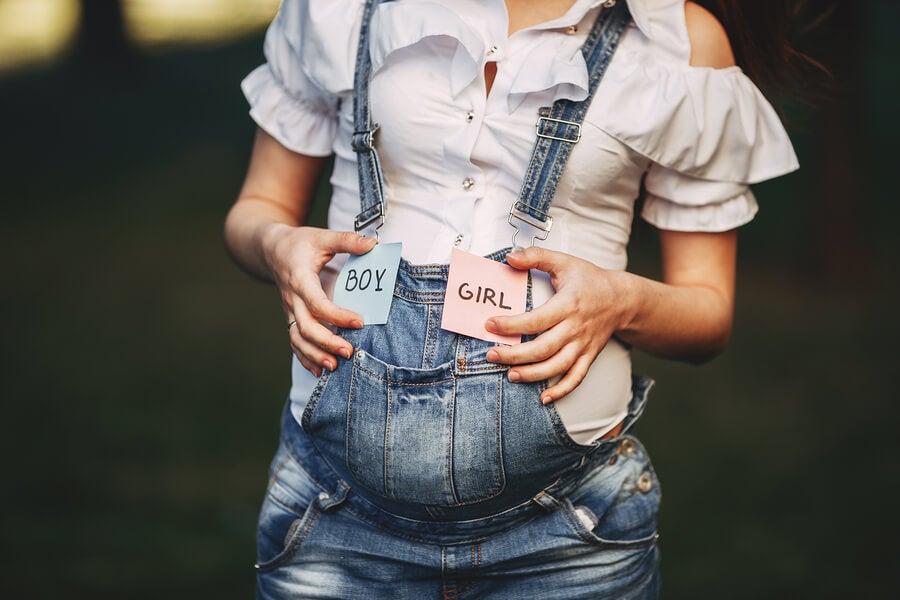 It’s not just curiosity that raises this question. Some parents may also be anxious to know how to make their wishes come true. Fortunately, there are several methods that can actually be quite effective.

What factors can influence a future baby’s sex?

A baby’s sex is determined precisely at the moment of conception. The sperm contains the chromosomes that determine the baby’s sex.

Fertility treatment and the selection of a baby’s sex

Modern fertility treatments allow parents to know a baby’s sex ahead of time. Therefore, it’s a good option if you want to choose your baby’s sex. There are two treatments that offer this possibility. First, artificial insemination (AI) and second, in vitro fertilization (IVF).

Through these techniques, professionals only implant embryos pertaining to the chosen sex. With in vitro fertilization, for example, fertility specialists carry out a preimplantacional genetic diagnosis. This allows them to detect the sex of each embryo.

In many countries around the world, choosing the sex of a future baby is only legal for therapeutic purposes. For example, it can be useful in avoiding the transmission of genetic conditions related to a person’s sex.

However, other countries have more relaxed laws. For example, in the United States, Mexico and Belgium, parents can choose their baby’s sex based on personal preference.

Methods for choosing your baby’s sex during sexual intercourse

There are also methods related to sexual intercourse that can determine your future baby’s sex. However, these methods are less effective.

This method is based on the speed of sperm. Y chromosomes are smaller and quicker, but have a lower survival rate. At the same time, X chromosomes are larger and slower, and have a greater chance of survival.

Another factor to keep in mind is the life of the ovule in fertilizable conditions – which is about 12 hours. At the same time, it’s important for the woman to be able to identify when she is ovulating.

Therefore, if you wish to have a girl, then you and your partner should have sexual intercourse several days before ovulation. This way, the sperm containing X chromosomes will reach the ovule. At the same time, the Y chromosomes will fail in their attempt.

If you’re hoping for a boy, then you should have sex at the exact moment of ovulation. This allows the sperm containing Y chromosomes to travel quickly and fertilize the ovule.

“A baby’s sex is decided precisely at the moment of conception. What determines the baby’s sex is the chromosomes that the sperm possesses”

Reasons why parents may prefer a certain sex

It’s common for parents to have one child and wish to have another child of the opposite sex. Cultural factors also play a role in these preferences, as do certain social positions. A desire to preserve a family name and other issues having to do with patrimony or inheritance can also come into play.

Furthermore, many people hold certain beliefs about genders that influence their desires.

Is it normal to feel disappointed when a baby’s sex isn’t what you hoped for?

When you have your heart set on a certain sex and the ultrasound reveals the opposite, you may feel let down. It’s completely normal to feel disappointed and even sad for a short time. It’s similar to going through a mourning process.

However, for some pregnant women, the disappointment is stronger and can have psychological effects. This can even put the life of the unborn child at risk.

In this case, the symptoms include a prolonged sadness that affects the mother’s life as well as those around her. She may also feel a sense of rejection towards her pregnancy or her unborn child.

These feelings may also be accompanied by feelings of guilt for not obtaining the desired sex. In this situation, it’s important that both parents seek psychological counseling.

What’s most important is that you and your partner enjoy the wonderful experience of being parents. When all is said and done, your baby’s sex won’t affect the love you feel towards the little boy or girl you bring into the world.