Home » Pregnancy » I want to be a mom

The Countries Where the Government Pays People to Have Children

In this article, discover the countries where the government pays people to have children and offers certain benefits to enjoy parenthood. The reason they do this is to increase the population of their nations and mitigate the demographic crisis that characterizes them. 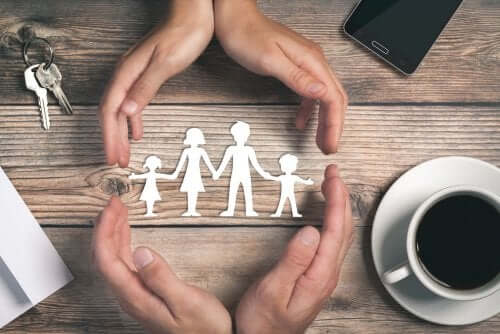 In this article, discover the countries where the government pays people to have children as a measure to increase the birth rate.

The fact that people nowadays have endless responsibilities is leading more and more of them to rule out the possibility of having children. As they’ve become aware of this situation, the governments of some countries have chosen to provide economic aid to those who decide to undertake the wonderful adventure of parenthood.

Why does the government pay people to have children in some countries?

It’s estimated that the population in these countries could be reduced by a quarter in just 30 years. By then, there won’t be enough labor force to produce the economic goods necessary to meet the pension payments of the millions of retirees who hope to collect them after a lifetime of work.

To preempt this situation, some nations have decided to provide a financial allowance and other benefits to foster parenthood. Some of the benefits include reducing childbirth and childcare costs, school payments, and paid work leave.

The countries where the government pays people to have children

Japan tops the list of countries where the government pays people to have children. In this country, people have insurance for their medical expenses of approximately 420,000 yen, equivalent to approximately 3,500 dollars. If you don’t use it, you can request it later on.

Also, foreigners are offered discounts of 50% or more of their medical payments. The result has been positive because, in recent years, the country has managed to increase the birth rate and alleviate the demographic crisis.

In Germany, there’s a program called Elterngeld, thanks to which legal residents or parents receive a compensation of more than 65% of their salary with taxes.

The maximum is 800 euros and the minimum is 300 euros. This plan also covers unpaid work leave for a little over 14 months.

France is also on the list of countries where the government pays people to have children. The help of the Caisse des Allocations Familiales consists of approximately 900 euros after week 28 of gestation. Mothers are given a fully paid 16-week maternity leave. This time increases after their third child.

People who decide to adopt receive a payment of 180 euros a month. In addition, foreigners must register the child as being born in the country in the following three days after childbirth to be able to benefit from this aid.

Other countries where the government pays people to have children

Norway rewards people who decide to become parents with excellent incentives. A month after the child is born, the government starts paying 6,000 crowns, the equivalent of 700 dollars a month, until the baby turns two.

After that, the payment is reduced to almost 1000 crowns, the equivalent of 120 dollars, until the child turns 18. In addition, parents are granted paid work leave.

Iceland is a sparsely populated country, which is why the government not only encourages parenthood but also pays people to marry. The government evaluates the monthly income of the family, which could be increased by 80% of their salaries during the child’s first 18 years of life.

They also offer free prenatal and hospitalization aids. Low-income households or those with unemployed parents are granted a kind of scholarship for the child.

To conclude, you can see that the benefits these countries offer people who decide to become parents range from monthly payments to tax reduction and hospitalization payments. Foreigners can also benefit from these allowances if they meet certain conditions.

Does your country offer allowances to promote birth? Do you think they’re necessary? Are you in favor of these types of government policies? Let us know. Your opinion is important to this community of readers.

When Can You Ask for Maternity Leave during Pregnancy?
From the beginning of their wonderful journey, expectant mothers who work start to wonder when they should ask for maternity leave during pregnancy. Read more »
Link copied!
Interesting Articles
Before conception
Supplements During Pregnancy: Folic Acid, Iodine and Vitamin B12

Infertility
The Right Diet for Increasing a Woman's Fertility

Many times, being completely focused on your job and the stress that it causes you can affect fertility. Although you…

In order for pregnancy to take place naturally, it's not enough to have an ample supply of quality sperm. It's…