Why Do Parents Decide to Have Only One Child?

For one reason or another, there are many families who decide to have only one child. This choice, in addition to practical issues, brings economic advantages. However, are there other factors that should be considered? 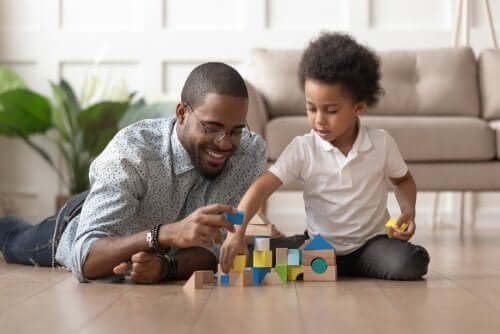 These days, there are many families who decide to have only one child. The causes are varied and go beyond cultural or religious beliefs. Different factors such as finance, availability, affections, etc., all come into play. The truth is that having children is a responsibility that requires continuous learning.

Each mother or father chooses how to experience this process. The choice of the number of children they’ll have largely defines other administrative issues that may not be planned in advance. The type of education offered, the procedures associated with schooling or health, and even the inheritance of family assets are all affected.

Administrative advantages of having only one child

There are some benefits for the family when deciding to have only one child. From the simplest and most routine, to the most important issues, such as inheritance.

Parents of only one child have greater flexibility when it comes to organizing their agenda and creating a suitable balance between their activities. The different administrative procedures associated with raising your child require less time. Health, schooling, after-school activities, travel permits – everything is easier.

This saving of time in offices, schools, or other institutions means more time to spend with the child. This is something that strengthens the bond between them, and thus encourages a happy childhood with notable benefits for a child’s self-esteem.

The experiences that the children and parents live out are a great foundation for effective emotional development.

There is more money available for education, extracurricular activities, and even entertainment. The parents don’t need to divide the available material resources between several siblings, and so there are clear benefits there.

An only child has more possibilities for accessing private education, language classes, and also for future professional development.

Some studies have revealed that only children get better academic results. On the one hand, this is due to it being easier to organize their time, and create better study habits. Being alone, without siblings around them, allows them the concentration they need to study.

On the other hand, parents can offer all their financial support to cover educational expenses. They even have the possibility of carrying out cultural exchanges or accessing international universities.

Inheritance is a subject that often creates controversy when it comes to a large family group. In families with a single heir, the administrative advantages are obvious. The procedure and the costs associated with the inheritance decrease considerably.

The fact that the family doesn’t need to share anything among several children simplifies the procedure. As a result, the parents don’t need to make arrangements to divide their assets, as their only child will inherit everything.

China is a country that implemented the one-child policy despite it being a controversial issue. The aim of this state policy was to control the birth rate in order to eliminate overpopulation.

They applied the law more strongly in urban areas, with the control in rural environments not as strict. In the latter, they allowed a second child when the first one is disabled or a girl. Those who didn’t comply had to pay a heavy fine.

For many years people questioned this one-child policy, especially regarding the methods used in its implementation. In 2013, they began to revise the law, and, after several deliberations, it was annulled. In October 2015, the one-child policy was then abandoned and they raised the limit to two per family.

Other information of interest

Children who grow up without siblings have greater creativity, and often mature earlier as regards to reasoning. However, this can create problems when relating to their peers or working in a team. Nevertheless, the education they receive from their parents will decide how that future social interaction develops.

There are, of course, many disadvantages associated with being an only child, and you can find a summary of the pros and cons in the following article.

Growing Up as an Only Child: Pros and Cons
Growing up as an only child has its advantages and inconveniences. Find out what they are in today's article and make the best of things. Read more »
Link copied!
Interesting Articles
Social environment
What Is the Sociology of Education?