Science Explains The Loss Of Gray Matter During Pregnancy 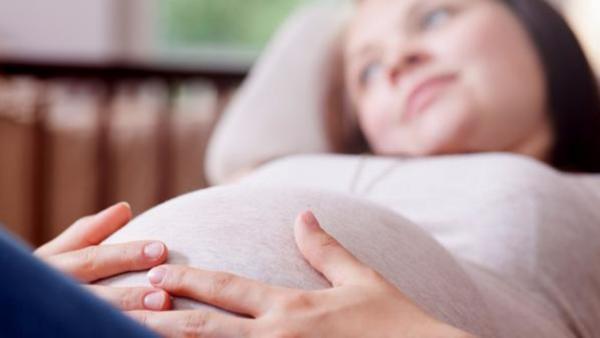 According to scientific studies, female brains are affected more than we might have imagined during pregnancy, due to the loss of gray matter.

Much has been said about the changes that occur in pregnant women. For example, apparently pregnancy causes our memory to temporarily decline. Keep reading to find out more.

As we all know, a woman transforms in many ways during pregnancy. We can also imagine that the brain is affected somehow by all of these changes.

However, science has recently found that it’s the loss of gray matter that causes most of the transformations that occur during pregnancy.

In other words, most of the effects that we experience during pregnancy are due to alterations in the brain.

We all know that mothers think about their babies all the time and they often forget things, and are sometimes even clumsy. These symptoms aren’t signs of brain damage. On the contrary, they occur due to the loss of gray matter.

According to science, gray matter is a substance that makes up part of the brain. It’s understood to be related to the development of our main mental processes such as intelligence and reasoning.

The general function of this substance has been discovered. For example, its connection to other basic functions as well as its relationship to the central nervous system.

According to the results of research related to this topic, the brain’s size and structure change during pregnancy.

As a result, mothers experience both a change in perspective towards others and their own feelings. These modifications are vital for the future development of empathy towards their baby.

This change is believed to be related to the optimization of functions to understand and identify with their children. For example, a mother needs to understand her feelings and be alert to potential threats. Therefore, the changes in gray matter affect how a mother develops her vital protective function.

Making the decision to have a child is transcendental. It is about deciding that your heart will always be outside of your body. – Elizabeth Stone

As we know, you don’t have to explain too many things to mothers about love. It’s normal for us to start loving our children even before they’re born. According to experts, this state is caused by the loss of gray matter.

The changes that occur during pregnancy can be maintained in a woman for several years. In the first two years after her baby’s birth, some of the changes are still clearly noticeable.

They can remain during the first part of the baby’s childhood. Sometimes these changes can even go deeper. This corresponds to greater emotional attachment between the mother and her children.

According to the study

The loss of gray matter was found by researchers through the brain scans they carried out. In order to gather all the data, scientists took a look at women’s brains before pregnancy. Then they scanned their brains again during pregnancy to analyze the changes.

According to the explanation of Dutch researcher Elseline Hoekzema, the loss of gray matter occurred in areas of the brain that involve interpersonal understanding and perception.

They recognized that these changes don’t constitute a serious problem. It is simply an optimization process that allows mothers to identify and care for their newborns’ needs.

In other words, the change that occurs is one that benefits both mother and child.

According to the results, no permanent changes were found in areas related to cognitive thinking, language or attention. The changes that occur allow a woman to adapt her abilities to this new stage of life.