Why Do I Only Have Daughters?

Many mothers and fathers ask themselves why they seem to only have daughters, given the predominance of girls in the family. While there's no sure answer, there are several reasons that experts are still debating. Read today's article to find out more. 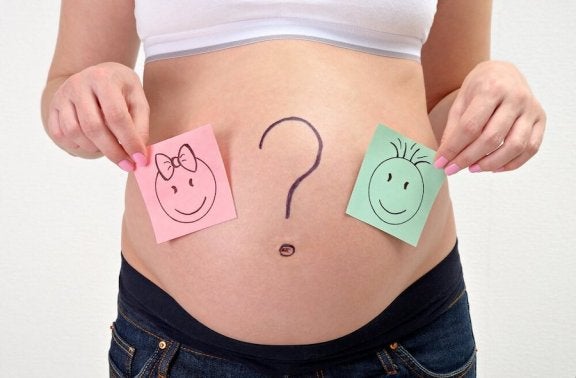 Discover below why some couples seem to only have daughters, and enjoy the experience to the max!

One of the things that’s most exciting about being pregnant is finding out whether you’re expecting a boy or a girl. Many parents have a certain preference, and even make plans about the activities they’ll share with their future son or daughter.

What determines a baby’s sex?

When it comes to a baby’s sex, the determining factor is the chromosome carried by the sperm that ends up fertilizing the mother’s egg. It’s important to point out that each of the cells in our bodies is made up of 46 chromosomes.

These chromosomes are grouped by pairs (23 pairs), and each pair contains one chromosome from the mother, and one from the father.

The chromosome number 23 contains the information that will determine a baby’s sex. Each sex cell (eggs or sperm) carries half of the chromosomes (23).

If the sperm that fertilizes a woman’s egg is X, then she’ll have a girl. If the fertilizing sperm contains a Y chromosome, then the baby will be a boy.

What occurs with sperm?

Now, you might be thinking that you only have girls because you only have X chromosomes. This is a subject of debate among experts.

Some claim a baby’s sex is based completely on chance. Others, however, say that it has to do with the condition of the sperm.

However, there are several reasons that may explain a female predominance:

Characteristics of the sperm

It’s believed that there are differences among sperm when it comes to speed, resistance and strength.

For example, sperms carrying X chromosomes are stronger and more resistant, but at the same time, they’re slower. Sperms carrying Y chromosomes, however, are faster, but also weaker and smaller.

Therefore, if a couple has sex before a woman ovulates, there is a greater chance that the fertilizing sperm will be carrying and X chromosome, given its resistance.

At the same time, sexual encounters that take place during ovulation have increased chances of resulting in a female baby, given the speed of the sperm carrying a Y chromosome.

The existence of a lethal syndrome for the male sex

A belief exists that in some families, there is a condition that destroys the genes of a specific sex – mostly male. Therefore, even though they may be conceived, their chances of survival are very small.

Another explanation for female predominance is a strange condition where sperm destroy Y chromosomes. However, the condition is still being studied, so it can’t be considered scientific fact.

The advantages to having daughters

No matter what a child’s sex, all parents love their sons and daughters and care for them with love and affection. However, having several daughters has certain advantages, among which are the following:

In conclusion, the X and Y chromosomes present in a man’s sperm are what ultimately determine a child’s sex. When it comes to a predominance of one sex over another, it may be up to chance, the condition of sperm, anomalies, or semen defects.

In any case, what’s certain is that being the parent of daughters means beautiful experiences and challenges to overcome with love.

Tips for Communication Between Mothers and Daughters
Undoubtedly, communication between mothers and daughters is usually very special. In most cases, girls prefer to talk with their mothers. Read more »
Link copied!
Interesting Articles
Giving birth
What to Do During an Out-of-Hospital Birth