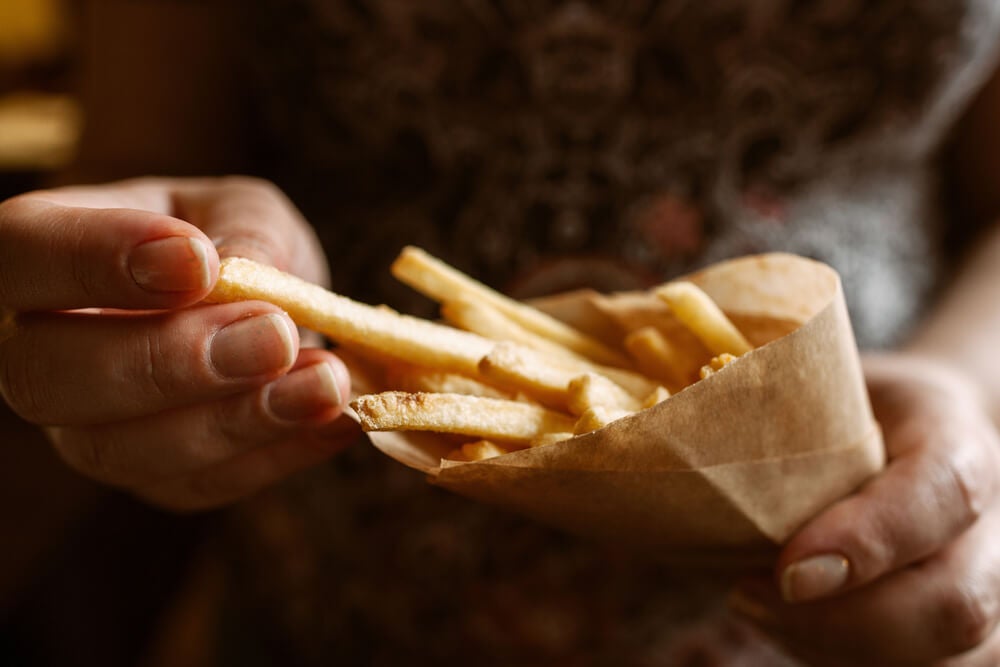 Potatoes are one of the foods that are contraindicated during pregnancy due to their relationship with diabetes in pregnant women. In other words, the risk of developing diabetes is higher in women who consume them.

According to a study published in the British Medical Journal, there is a direct relationship between the consumption of potatoes and an increased risk of suffering from gestational diabetes.

According to the results of the study, women who consume potatoes on a regular basis have a higher risk of diabetes during pregnancy.

The study was carried out by evaluating the diet of 21,100 pregnant women over a decade. Of the 21,000 women studied, 854 of them developed diabetes during pregnancy due to their consumption of potatoes.

The study was carried out by researchers from the National Institute of Child Health and Human Development.

They concluded that the consumption of potatoes – whether pureed, roasted, boiled, baked or fried – before and during pregnancy significantly increased a woman’s risk of suffering from diabetes.

Reducing the amount is not enough

Women who consume as much as one potato a week – boiled or baked – 237 milliliters of mashed potatoes or 113 grams of chips are 20% more likely to suffer from diabetes.

Women who consume more than five of the portions mentioned above a week are 50% more likely to suffer from the disease.

Therefore, it can be noted that quantities don’t necessarily have to be high. Women may be exposed to certain risks without consuming large amounts of potatoes.

According to the researchers, the reason that potatoes increase a pregnant woman’s risk of suffering from gestational diabetes is because of the large amount of starch contained in them. The starch is absorbed by the body almost immediately after it’s consumed.

Once the potato is absorbed, the body creates large amounts of insulin to process it. This in turn increases the mother’s risk of suffering from diabetes.

Potatoes are rich in vitamin C, potassium, fiber and some phytochemicals. However, they can also have negative effects on the metabolism of glucose.

Substitute potatoes for other foods

This study was very important since it was carried out on more than 21 thousand women of which 854 suffered from diabetes mellitus.

The researcher assessed the women’s diet, as well as other risk factors, family history, low physical activity and body fat. They confirmed that women who consumed potatoes in any form significantly increased their risk of suffering from diabetes.

When analyzing the results, experts recommend replacing potatoes with other vegetables, legumes or whole grains before getting pregnant in order to minimize the risk of this disease.

For its part, the United Kingdom Health Service reported that 18% of British women develop gestational diabetes during pregnancy. It’s a condition that usually manifests after 28 weeks of pregnancy and it disappears after delivery.

Women who have gestational diabetes have a higher risk of developing diabetes in the future.

Women who consumed a single serving of potatoes a week had a 21% risk of suffering from diabetes mellitus. Those who ate potatoes two to four times a week are 34% more likely to suffer from this metabolic disorder.

Women who ate more than 5 dishes which were accompanied by potatoes a week are 62% more likely to suffer from diabetes.

If you’re already pregnant or have plans to be, we recommend that you reduce your consumption of potatoes.

Substitute them for other vegetables. Search for foods that are more beneficial to your health and the health of your future baby. As always, it’s best to have a balanced diet.