Week 11 of Pregnancy: What to Expect 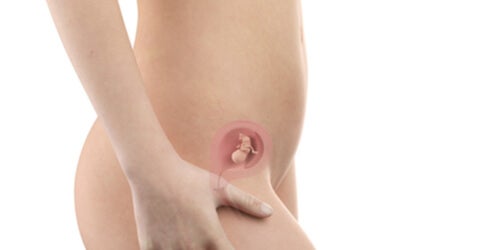 During week 11 of pregnancy, the fetus is already forming. It’s beginning to gain control over its functions and itself.

It will be fully capable of these functions in the next two weeks of pregnancy, thus carrying out the crucial development of its organs. The future baby begins to resemble a human being little by little.

Fetus formation during week 11 of pregnancy

In week 11 of pregnancy, the fetus weighs 0.25 ounces and measures around 1.5 inches.

It’s also beginning the process of urine production. This is the main component of amniotic fluid, where the baby will spend the rest of gestation.

Also, soon the baby will float and move around causing the mother to feel “little kicks.”

The fetus’s skin continues to be fine and transparent. Their circulatory system can be seen through the skin.

Thanks to their already-formed neck, they can also begin to move their head.

In week 11 of pregnancy, the fetus completes the process of forming the teeth, and gums, and their palate is already hard.

Then their face begins to have a more human shape. The respiratory process is also completed, upon the complete formation of the diaphragm.

The bladder and the rest of the body have separated. Thus, the fetus can begin to produce urine as described previously.

How does the mother’s body change?

Due to the growth of the fetus, the mother’s body begins to be affected, and she may experience colic.

This happens because the hormone progesterone is produced during pregnancy. It causes the intestine to work slower than usual, which may cause cramps.

She may also feel swollen or uncomfortable.

It’s important for the pregnant woman to be extremely careful with her oral hygiene during pregnancy, because progesterone weakens the gum tissue, causing bleeding. These wounds can become infected easily.

During this phase, pain in the womb is normal, due to the pressure on your body. It’s important to see your doctor if you notice contractions, excess pain, or abundant bleeding. These can be symptoms of a spontaneous abortion.

During week 11 of pregnancy, the fingernails and hair begin to change. Due to hormonal changes and the volume of blood circulating, they can become stronger or weaker.

Also, first-trimester symptoms will begin to disappear, like nausea. However, the exhaustion can continue. On the other hand, the sense of smell sharpens, as does taste.

You should keep in mind that each baby has a different developmental rhythm. That’s why you should consult with your obstetrician on the precise status of your child in each moment.

In any case, the baby is certainly getting bigger and stronger to be able to leave the uterus.