Gestational diabetes is a condition that can occur quite frequently in pregnant women. Today we'll be looking at some great recipes which can help. 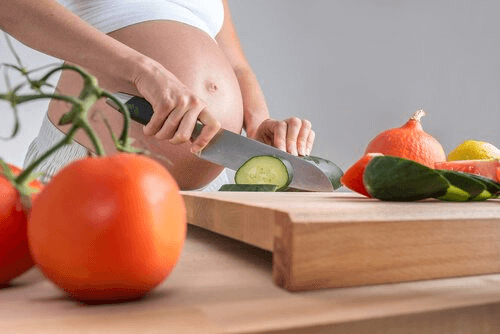 Women with gestational diabetes should take special care with their diet. A proper diet will allow you to satisfy your cravings and, at the same time, keep insulin levels at bay. In today’s article, we’ll be looking at 3 great recipes for gestational diabetes – read on and enjoy!

When a woman is pregnant, she can usually suffer from several different complications. One of them is a decrease in glucose tolerance. For this reason, it’s always a good idea to have some recipes at hand to help with the onset of gestational diabetes.

It’s something that’s quite common in pregnant women. Their bodies don’t store glucose correctly in the cells and, as a result, they don’t circulate properly in the blood.

This condition can be caused by the following factors:

A pregnant woman may suffer from one or both of these conditions.

Gestational diabetes only develops during pregnancy. In fact, it’s considered the most common condition during the gestation period.

During the nine months of pregnancy, many hormonal, physical, and metabolic changes take place in the woman. The hormones in the placenta usually block insulin in the mother’s body, and this produces a resistance to it.

As a result, blood glucose can increase up to three times the insulin levels to try to compensate. If this isn’t handled with the seriousness that it deserves and levels aren’t balanced, then gestational diabetes is highly likely to appear.

This type of diabetes doesn’t show any symptoms, and that’s why doctors recommend a test between 24 and 28 weeks of gestation to rule it out. If it isn’t treated in time, it can cause serious complications for both mother and baby in the short and long term.

To maintain stable blood sugar levels, these are the recommendations you should follow:

Gestational diabetes only develops during pregnancy. It’s considered the most common condition during the gestation period.

Here are some healthy tasty recipes for women with gestational diabetes.

In conclusion, these are some of the most useful recipes for women with gestational diabetes. Of course, there are many other recipes out there, and it’ll just be a matter of experimenting, as well as adopting medical recommendations. This will be fundamental for the well-being of both mother and baby.

3 Recommendations for Preventing Gestational Diabetes
Gestational diabetes occurs due to a change in the metabolism of glucose during gestation. It is a type of diabetes that only happens during pregnancy. Read more »
Link copied!
Interesting Articles
Fun recipes
Eat Healthy at the Beach: Tips and Ideas

Food is important at all times but even more so during pregnancy. When it comes to nutrition, calcium is a…

If your child has celiac disease, and you don't know what he or she can take with them to eat…

When summer arrives, the warm weather and long afternoons make us crave something cool and refreshing. That's why we've put…