Promoting reading in young children is essential to ensure that they enjoy books in their daily lives. In this article, discover five amazing El Barco de Vapor Red Series books. 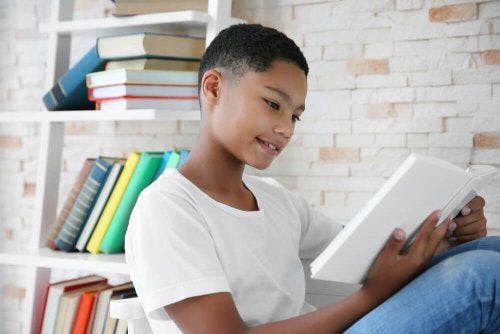 One of the world’s leading publishers of children’s literature is SM. In fact, this publishing house has one of the collections that hundreds and hundreds of children have read in their school years: El Barco de Vapor.

Some children’s publishers have been a benchmark for the world of children’s and youth literature for many years. These consolidated publishers, and more specifically their books and stories, are used in classrooms as educational tools, and in homes as fun elements that help children learn.

This collection is very successful and has gained a lot of importance. For this reason, the publisher decided to divide it into four series. Each of them includes books for a recommended age. This is the structure it follows:

More specifically, today, we’ll focus on a selection of the most outstanding books of the Red Series of this fantastic and consolidated collection.

The El Barco de Vapor Red Series by SM is aimed at older children, meaning young audiences. With stories for children ten and up, they mainly portray real-world problems and stories, bringing them closer to young people so that they feel identified with them.

Here, we show you a few of the books in the Red Series.

This is a story that deals with each person’s characteristics with humor. It’s an ideal topic to address with young people from the age of ten, when they’re starting preadolescence. The main character of this story knows he’s strange. His mother is extravagant, his ideas are catastrophic, and he’s clearly emotionally unstable.

This is undoubtedly one of the most outstanding books in the El Barco de Vapor Red Series, and even the entire collection. It takes place in the year 997 and tells the story of a monk.

This book is full of adventures written by Laura Gallego García, one of the most outstanding children’s authors who won the El Barco de Vapor Award in 1998 and is recommended for young people ages twelve and up.

Winner of the El Barco de Vapor Award in 2015, La vida secreta de Rebecca Paradise (In English: Rebecca Paradise’s Secret Life) is a fun story recommended for young people ages ten and up. In its pages, you’ll meet the main character, Úrsula, an 11-year-old girl. You’ll also meet five worms kept in a box and a cat lost in space.

But, among all the elements of Úrsula’s life, one stands out above the rest: her double life as a secret spy, in which she calls herself Rebecca. In this young girl’s life, nothing is what it seems. Thus, we never know when she’s telling the truth! This book is a great tool to address the topic of lies and deceit with children.

Am I the Princess or the Frog? (Dear Dumb Diary) by Jim Benton

The books that tell their stories with young people’s diaries delight readers. For this reason, we’re sure this Vicky B diary will be a hit for those who like to read personal stories.

With magnificent humor that will make everyone laugh, the book offers young people realistic themes such as friendship, love, family, or school life.

Los ambigú y el caso de la estatua (In English: The ambigu and the case of the statue) by Flavia Company

Mystery books enchant young people and are one of the most popular genres among this audience.

In this case, three friends become involved in the case of a large organization of art dealers. In fact, they’ll have to solve the mystery of one of the most important Michelangelo statues. Mystery, art, and teamwork are the themes that make this story come alive.

Interesting novels for teens help them discover literature. Parents must instill the habit of reading in children from a young…