Laura Gallego, youth literature author, has had a lot of success both in Spain and internationally thanks to sagas such as The Idhún's Memories. 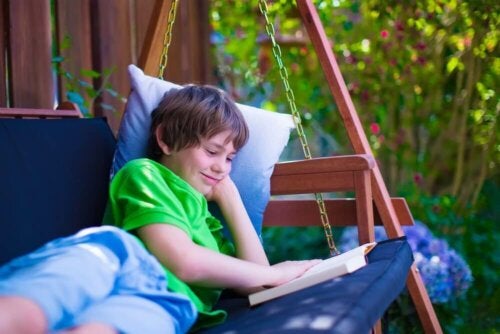 The most popular teen novels by Laura Gallego

Chronicles of the Tower

Chronicles of the Tower, a saga that includes a trilogy and a separate book, tells the story of Dana, a girl destined to do great things in the world of magic.

Valley of the Wolves

The first book of Chronicles of the Tower was first published in 2000. This first part introduces us to the world of the Valley of the Wolves and its mysterious tower, which turns out to be a school of magic. The teacher of this tower goes out in search of Dana, a young farmer, with the goal of turning her into his student.

The story of the second part of the saga takes place several years later. Now, Dana is the Lady of the Tower and, together with Fenris and her new disciples, will have to face their old teacher’s revenge.

The Call of the Dead

This is the third part of Chronicles of the Tower. As Laura Gallego explains, it takes place sometime later, when all the apprentices are consecrated magicians. In this book, Dana, after discovering a terrifying prophecy, decides to take over her own destiny.

This is a stand-alone book of the trilogy that narrates the life of one of its main characters: Fenris. This character, the only apprentice in the tower when Dana arrived, has a very special secret related to full moon nights.

The first installment of this trilogy is Memoirs of Idhun: The Resistance, in which Jack and Victoria join a warrior and wizard exiled from Idhun to end the reign of the Sheks, to which Kirtash belongs.

In the continuation to the first part of Memoirs of Idhun, the Resistance group has a new ally, Kirtash, whose help will be key to face Ashran and his reign of winged serpents, the Sheks.

Despite the fact that it’s a rather popular genre in both young and old, over the years, fantasy has positioned itself as of one of young people’s favorite genres. In fact, fantasy is a genre capable of catching both children and adults’ attention.

Laura Gallego is a young literature specialist. The success she’s had in sagas such as Chronicles of the Tower and Memoirs of Idhun demonstrate this. In short, we’re sure her books will continue to engage new generations.

Give the Gift of Reading: The 8 Best Books for Teens
There is a wide variety of books that allow teenagers to enjoy good reading, and giving the gift of reading is a great gesture. Here's a list of eight of the best books for teens to choose from.  Read more »
Link copied!
Interesting Articles
Books
Educational Stories About Female Heroes