The Best TV Shows for Teens from the 2000s

Today, we're going to travel back in time to take a look at some of the best TV shows for teens from the 2000s. This article is sure to bring back some great memories! 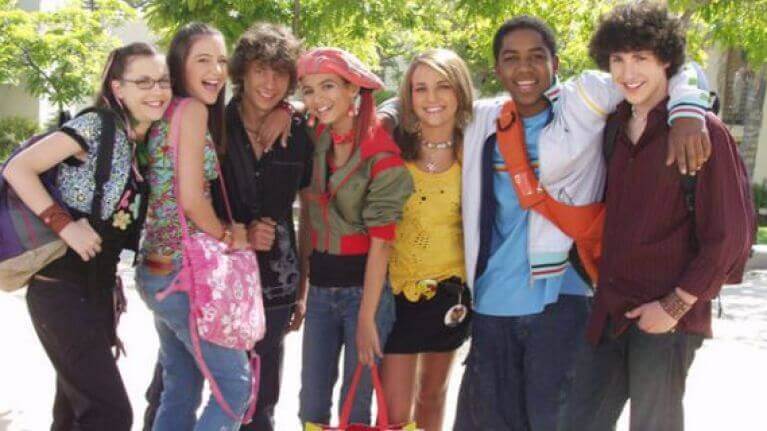 Many generations grew up enjoying different television series that defined our childhood, adolescence, and even our adult life. And with that in mind, we’re going to look at the best TV shows for teens from the 2000s.

Today, the internet, cell phones, and social media play such an enormous role in our lives that it’s hard to remember a time when they didn’t! However, there was a time not that long ago that television was our main form of entertainment.

Gathering with friends to watch a long-awaited season premier… or finale. Setting the VCR to record our favorite shows while we were out. We all have these precious memories from our past. And that’s why we want to take this trip down memory lane. Let’s get started!

Best TV shows for teens from the 2000s

Despite the fact that the first season of this program began in 1996, the series lasted until 2003. Sabrina and her two aunts made their way into the hearts of children and teens week after week. And of course, what would the series have been without Salem, Sabrina’s scheming black cat?

The magic, the funny dialogues, and the trouble Sabrina gets herself into made for such a perfect combination. For those of us who grew up watching her, this teenage witch will always be unforgettable.

2. Lizzie McGuire, another of the best TV shows for teens from the 2000s

Actress Hillary Duff gave life to Disney Channel’s Lizzie Mcguire in 2001. Episode after episode, this young teen portrayed the daily dramas of teenage life. Her love for the cutest boy at school… Her struggles with her enemies (and her little brother)… The true friendship she shares with her best friends. These are just a few of the themes of this fantastic and relatable television series.

The show was so successful that, in the year 2003, Lizzie SuperStar made its way to the big screen. This was the perfect way to bring such a hit series to a close.

If you grew up watching Lizzie McGuire, then you’re probably just as anxious as we are about the possibility of a reboot. Disney announced the comeback of the show in 2019, but the project was put on hold for a number of reasons.

Zoey 101, played by Jamie Lynn Spears (Britney’s little sister!), was the most successful and most nominated teen series of the 2000s.

The series focuses on Zoey, a new student at Pacific Coast Academy – the boarding school that all the program’s fans dreamed of attending. Friendship, love, academics, and the difficulties that go along with adolescence… These are all among the themes that the TV series highlighted.

Matt Groening, creator of the Simpsons – one of the most famous television programs in the world – is also the creator behind Futurama. Blender, Fry, and Leela are the main character in this series, another one of the best TV shows for teens from the 2000s. The story begins when Fry, a pizza delivery guy, wakes up in the 31st century after being frozen for a thousand years.

Science fiction, comedy, and adventure come together in this fantastic and successful animated series.

And last but not least, on our list of the best TV shows for teens from the 2000s is the Simpsons. Lisa, Bart, Maggie, Marge, and Homer have become part of the daily lives of millions of viewers around the world.

It’s hard to believe that the first episode aired back in 1989 and stayed strong for 31 seasons! That makes The Simpsons the longest-running scripted primetime TV series to ever air.

The success of this series was so great that it won 33 Emmy Awards and 20 Annie Awards. It’s also the first animated series to ever win a Peabody Award. And these are just a few of the awards and recognitions that the series received.