"Wonder", by R.J. Palacios, is a book that deserves to be read by adults and children alike. 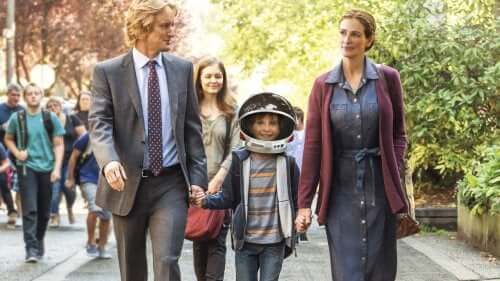 When we finish reading the book Wonder, it’s impossible to stop thinking about what we’ve just read and to go over it time and time again in our heads. Reading Wonder is like embarking on a wonderful journey that takes you on a rollercoaster of emotions.

It’s a real feel-good book which will make you think about life. In this article, we’ll give you some great reasons to read the book Wonder.

What is the book Wonder all about?

August (Aggie) is ten years old, but he hasn’t been to school like other children. He was born with a genetic anomaly and has had to have 27 operations on his face.

As a result, his face doesn’t look “normal.” When the time comes for him to finally go to school, he knows that he’ll have to face the world outside of the comfort zone of his house and his devoted family.

As a ten-year-old, August likes to do the normal things other children of his age do. He likes ice cream and riding his bike. He plays ball and has an Xbox, but, despite all his operations, he’ll never look normal.

Things are difficult for August, and for his family too. He has a very protective older sister, Via, who gets angry when people stare at him and when his parents are overly expressive in their love for August. She can’t help arguing about whether August should go to school, and giving her opinion about the situation.

“My name’s August. I won’t describe what I look like. Whatever you’re thinking, it’s probably worse.”

When August starts school, he’s very nervous. Not only for the same reasons as any other new child starting school, but also because he knows he won’t be able to walk down the hallway without everyone looking at him or being cruel to him.

Reasons to read the book Wonder

It’s a really bold book, and fun and engaging at the same time. If someone told you what the book was about before you read it, you’d probably think that is doesn’t sound too interesting. You may not be drawn to it, nor too keen about getting into a difficult subject matter that you don’t really want to think about.

But it turns out to be essential reading, thanks to the charm and the warmth in its pages, even in the hardest and saddest parts. Yes, August is someone with an unusual syndrome, but we warm up to him in just a matter of pages.

The sadness that the book causes us is compensated by the love and kindness that ooze through the characters and the events of the book. His way of appreciating the good things that surround him is remarkable.

The book Wonder seems to be written primarily for children, but in reality, it’s aimed at us all. It manages to cross over all age groups without even trying to. The book is fun to read, despite plenty of tough moments which will make us sad.

The most important thing is that at no time does August lose his fun sense of humor in a story as unique as it is normal. It has 400 pages, but it’s divided into short chapters, and this makes it simple to read.

What age group is it for?

It can be read and enjoyed by children of nine or ten years old, but also by teenagers, and even adults. R.J. Palacio manages to create very credible characters. Their comments are real, and their  jokes and fights too. It’s everything we see in a middle school class of that age.

In the book Wonder we find several narrators, like his classmates Summer or Jack, and his sister Olivia. This makes it easier to see how those around August understand that he’s just a normal child.

The part of the story told by his sister, Via (Olivia), is especially striking. She’s able to capture how a teenager struggles between the love she feels for her brother and the way she lives day by day, as the people around her don’t pay much attention to her.

Finally, we’re left with a reflection from August at the end of the book, as significant as it is simple:

“Everyone should receive a standing ovation from the public at least once in their lives, because we are all overcomers in this world.”

Wonder is also available on DVD. We recommend that you read the book first and then get hold of the movie!

Books to Help Your Child Deal with Emotions
Helping children deal with emotions through books will make their learning process much simpler. Here are a few great reads to start with. Read more »
Link copied!
Interesting Articles
FIlms and series
The Best Disney Pixar Sequels to Watch as a Family