Relive Your Favorite TV Shows from the 90s

If you grew up during the 90s, then you won't want to miss today's article. Keep reading as we take a nostalgic look at your favorite TV shows from the 1990s. 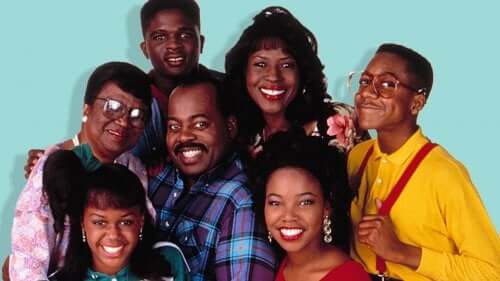 Do you remember back when you were a young teen and would go to a friend’s house after school? You’d eat a snack, do some homework, and then watch your favorite TV shows together.
Reliving the good old days is something we always love to do as adults, especially when it comes to cherished memories of our childhood and adolescence.
That’s why we want to take this opportunity to look back on some of the best TV shows of the 90s. This decade really stands out in history because of the big advances and changes that occurred over those 10 years.
So, get some popcorn ready and prepare to relive some of your favorite TV moments!

Your favorite TV shows from the 90s

The Fresh Prince of Bel-Air

One of the most outstanding TV shows from the 1990s was The Fresh Prince of Bel-Air. The show stars Will Smith, whose character is a carefree teenager who lives with his millionaire aunt and uncle. The series is one of the greatest TV shows in the history of television.

From the catchy rap introduction (which Smith himself wrote in 15 minutes), to the hilarious “Carlton dance”… from more frivolous issues like shopping and dating, to serious issues like racism and civil rights… The show captivated young audiences and made its mark on history.

To this day, you’re sure to laugh and smile as you watch this program that continues to bring together young and old.

Another one of our favorite TV shows from the 90s is Family Matters. Without a doubt, the most unforgettable and endearing character from the show was Steve Urkel.

Even though he wasn’t a member of the main family, this awkward and relentless boy next door stole the show. His particular way of dressing, his classic sayings, and his hilarious facial expressions turned him into a TV legend.

Once again, you’re sure to have a great time reliving this favorite TV show from the 1990s. What’s more, you can introduce it to your children! That way, they too can ask themselves if Urkel will ever manage to will Laura over.

More of the greatest TV shows from the 90s

Every once in a while, a TV series comes along that marks a turning point in the lives of those who watch it. Teens cover their bedroom walls and school lockers with posters and pictures of their favorite stars. What’s more, they dream of living out the same stories they see on their TV screens.

Such was the case with Beverly Hills 90210, or as it came to be called, just “90210.” The series stars a group of high schoolers who live in the glamorous neighborhoods of Beverly Hills. In each episode, the lives of Brandon, Brenda, Kelly, Luke, Ian, Andrea, Donna, and David show the typical dramas of teenage life.

We know you’re not a teenager anymore, but sometimes nostalgia brings us back to those fantastic moments of our youth. If that applies to you, then it’s time to check out the BH90210 which appeared on Fox this past summer.

With the exception of Luke Perry, who passed away this past March, you’ll be able to enjoy all your favorite characters.

The last of our favorite TV shows from the 90s is Blossom. The show features the life of a brilliant, talented, and modern teenage girl who brightened the lives of millions of viewers.

The series revolves around the lives of Blossom and her two brothers, who were raised by her father after their mother left home. And of course, we can’t forget about Blossom’s talkative and eccentric best friend, Six.

The show was extremely successful, in part because it dealt with everyday problems and important issues. What’s more, it did so openly and without reproach.

Talking about and dealing with teenage emotions isn’t always an easy task. That’s why the TV series Dawson’s Creek made such an impact on the lives of its faithful young audience in the 1990s.

The series featured a group of teens from the city of Dawson’s. The teens were 15 years old during the show’s first season, and the show lasted for a total of 6 years. It shed light on the internal conflicts that teenagers deal with in real life, including sexuality, alcohol, bullying, family turmoil, rebellion and more.

While Dawson’s Creek always tended to be a bit dramatic and sobering, it was also groundbreaking and honest. Without a doubt, all of this turned it into such major success.

While this series wasn’t quite as successful as the rest, it was very well-known in its time. And, while the rest of the shows were created for television, Sweet Valley High was based on popular book series.

The Sweet Valley High literature series was hugely successful among young audiences in the 1980s. In fact, there are a whopping 181 titles in the series, all written by Francine Pascal.

The 1990s TV series brought the books’ main characters to life. Each episode featured the counterposing lives, loves, and friendships of Jessica and Elizabeth – two identical twins who couldn’t be more different.

4 Common Childhood Collections
Childhood collections hold a special place in the hearts of adults. In this article, we'll show you some of the most common and popular ones. Read more »
Link copied!
Interesting Articles
FIlms and series
The Best Disney Pixar Sequels to Watch as a Family