In the last decade or so, television has offered us different series with a more realistic picture of what it means to be a mother. Here are 4 series all about real mothers!

Over the years, books, films, and series have shaped the idea of the perfect mother – a “superwoman” capable of amazing things both at work and in her family life. And, moreover, this image of the “superwoman” conveys the message that every woman can achieve it. However, nothing could be further from the truth. Here’s a list of series that show how real mothers reconcile motherhood with everything else in their lives.

Which series best show what real mothers are like?

Allison Bell stars in this Australian series which mixes humor and drama. She plays the role of playing the role of Audrey, a first-time mother attending a parents’ group. The Letdown is one of the best series showing real 21st-century mothers, as it breaks away from all the clichés of the “perfect mother.”

Audrey has given birth to a beautiful baby and, when everyone thinks that she should be living the happiest time of her life, she suddenly feels overcome by a sort of postnatal depression. She has sleepless nights, feels uncertainty as a mother, her friends avoid her, her partner doesn’t understand her, etc.

No matter how many books and information you gather about motherhood, every mother and baby is different. So, you’ll never feel fully prepared and secure during the postpartum period, and this is completely normal. The Letdown shows us that motherhood is not a bed of roses and that new mothers need all the help they can get.

“There’s no way to be a perfect mother, but there are a million ways to be a good mother.”

This Canadian series directed by Catherine Reitman stars four women who have just started working after maternity leave and who meet in a support group.

Over the course of the series, Frankie, Anne, Kate, and Jenny will have to deal with all the consequences of returning to work after maternity leave. They’ll discover that reconciling work, their personal lives and, of course, motherhood, is more complicated than they thought.

However, the series doesn’t talk about imperfect mothers who seek to become “superwomen” capable of being efficient in all areas of their lives. Workin’ Moms is an opportunity not only to talk about complicated issues, such as abortion and postpartum depression among others, but also to highlight the need for measures to make it easier for mothers to reconcile their family and work life.

The actor and comedian Berto Romero is the writer of this Spanish series that tells how he and his wife experienced the birth of their first child and parenthood. Eva Ugarte plays the role of Sandra, the wife. Her character is a rather realistic representation of what it means to be a first-time mother.

Being a first-time mother is a pretty hard task in itself. However, it can get even more complicated if your partner isn’t up to the task or if his attempts at helping are worse than useless.

Actress Gillian Anderson puts herself in the shows of a mother – the main character in the series Sex Education. She’s quite a successful sexologist who works as a freelancer in her practice from home, where she lives with her teenage son.

However, paradoxically, her teenager is afraid of sex. In spite of her high level of knowledge, she discovers that her training isn’t any use in this case. She also realizes that managing to establish a dialogue with your teenager and understand his or her emotions is a really complicated task.

“When you’re a mother, you’re never really alone in your thoughts. A mother always has to think twice: once for herself and once for her children.”

Why are series showing real mothers so necessary?

The fact that there are now more series showing more realistic mothers means two things. On the one hand, it shows that our tastes, and society in general, are changing. On the other hand it shows the need to convey a more realistic image of motherhood.

It’s irrational to want to keep your life the way it was before you gave birth. Without a doubt, having a baby will change your life, which isn’t a bad thing. However, the negative side is to build unrealistic and unhealthy expectations about motherhood based on fictional ideas.

That’s why it’s essential to develop realistic expectations of what motherhood is going to be like. Being with your baby is indeed a wonderful experience that will make all the work and effort worthwhile! 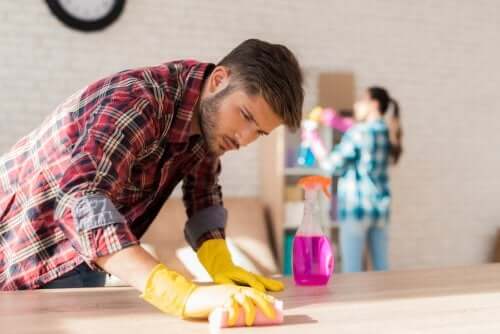 Mental Workload: The Invisible Task of Mothers
Many couples think that their workload is divided equally among both partners. However, in many cases, women have an additional mental workload. Read more »
Interesting Articles 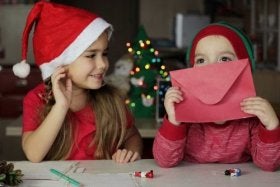 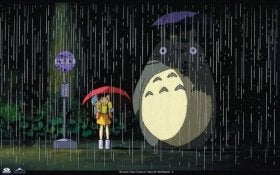 FIlms and series
5 Valuable Lessons from “My Neighbor Totoro”

My Neighbor Totoro is a Japanese animated film by Studio Ghibli that’s now in its 30th year. We can consider… 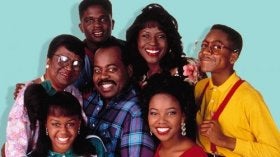 FIlms and series
Relive Your Favorite TV Shows from the 90s

Do you remember back when you were a young teen and would go to a friend’s house after school? You’d… 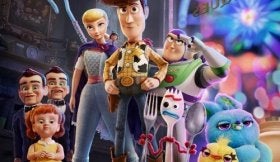 Toy Story 4 has been a blockbuster hit since its release. Millions have already taken to theaters around the world… 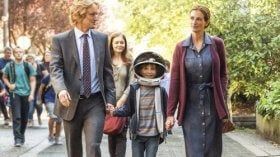 FIlms and series
Great Reasons to Read the Book “Wonder”

When we finish reading the book Wonder, it’s impossible to stop thinking about what we’ve just read and to go…