Teens must understand what privilege is so that they can understand the value of hard work. Read on to learn more! 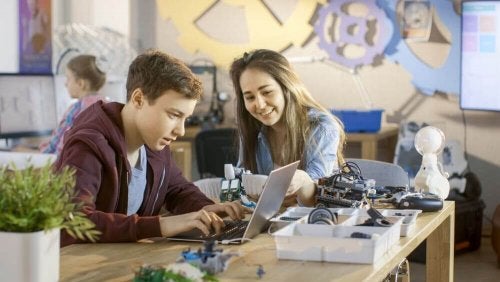 Life is full of privilege, and many teens believe they’re entitled to the privileges they have in their lives. Nothing could be further from the truth. Teenagers need to begin to realize that what they believe to be a right is actually a privilege they must work for to maintain or earn.

For example, teenagers can understand this when they go to college. Some college students are more privileged than others. In this regard, for some students, it’ll be hard to pay for college, while others don’t care about college money, as their parents are well-off.

A good setting to teach teens about privilege

The scenario we just discussed in the previous example is ideal to understand privilege and teens. It’s the ideal setting to talk to teens about privilege and how teens can understand what it means to “have” and “not have.”

Life is like a ladder, some people are above while others are below. Therefore, it’s important to enjoy what you have today and not miss what you don’t yet have. For example, young people who work while they’re going to college are a good example of what it means to learn about privilege.

Working while in college to understand privilege

Working while in college teaches students extremely valuable skills that will be very useful in their careers, such as juggling multiple responsibilities at once, prioritizing, managing time, and being financially responsible.

Those who have to worry about the cost of college really understand the value of a dollar and are less likely to take things for granted.

Teens who get everything from their parents, such as money or material things, or who don’t have clear rules, won’t understand privilege and will think that they’re entitled to everything they have just because they’re in this world. This is worrying, as it’s a very tyrant belief that will condition bad behavior.

Also, working to stay in college keeps young people busy, and busier people tend to be happier. This is because busy people have less time for unproductive activities, to participate in substance abuse, or procrastination, among other senseless distractions.

When parents give their children everything, it’s an example of what’s very common nowadays, that parents need to control and fix everything in their children’s lives, instead of focusing on raising resilient children who can handle disappointment. Privilege is something teens need to understand.

When teens understand privilege, they understand that they must earn things themselves, that nothing is achieved without effort and, above all, that people have to work hard. For example, if a teenager wants extra money, they’ll have to work to get it, for example, by mowing their neighbor’s lawn every week.

You may want to remind your teens that they shouldn’t be so quick to judge their peers. They need to remember that they don’t know other people’s back story. Although they may not be working or have financial challenges, they may be emotionally drained.

Comparing yourself to others is just a trap that won’t make you feel good about yourself. Thus, it’s necessary to accept yourself as you are and not stay anchored in resentment and jealousy towards other people’s privileges, because that doesn’t get you anywhere.

The grass is always greener, whatever your luck in life, whether you’re rich or poor. This is why it’s important to remind teenagers that the important thing in life is to be grateful.

These tensions toward privilege are good and demonstrate their interest in doing well and succeeding. Stress shows that they care. In fact, it’s an elevated state of excitement that triggers a response to make things happen. Envious people never win.

7 Habits to Avoid When Raising Teenagers
Raising teenagers takes patience, strength, and being a good role model. But there are also some behaviors that are best avoided. Read more »
Link copied!
Interesting Articles
Responsabilities and values
Teaching Children to Organize Their Study Time

Solidarity is a social value that consists of acting for the benefit of others in an altruistic way. Thus, giving…

Responsabilities and values
How to Educate Children in Non-violence

Unfortunately, violence has been and continues to be very present in all human societies throughout history. However, as Edward James…

We all know and appreciate the legacy of Nelson Mandela. This amazing South African lawyer, activist, and politician decided to…